One person killed in two-vehicle crash near St. Thomas 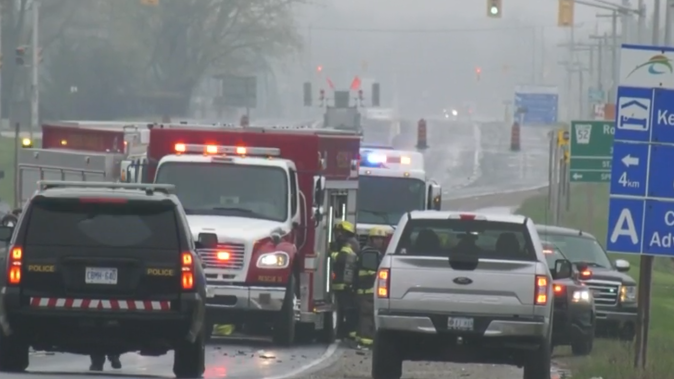 Emergency crews work at the scene of a fatal crash on Wellington Road near St. Thomas, Ont. on Thursday, May 14, 2020. (Jim Knight / CTV London)

Emergency crews were called to the area of Wellington Road and Ron McNeil Line around 4:45 p.m.

The driver of the southbound vehicle was killed while the truck driver was taken to hospital with non-life threatening injuries.

The deceased has been identified as 54-year-old Carrie Avery of Southwold, Ont.

Wellington Road was closed for several hours while police investigated but has since reopened.