One person in hospital after collision between car and transport truck 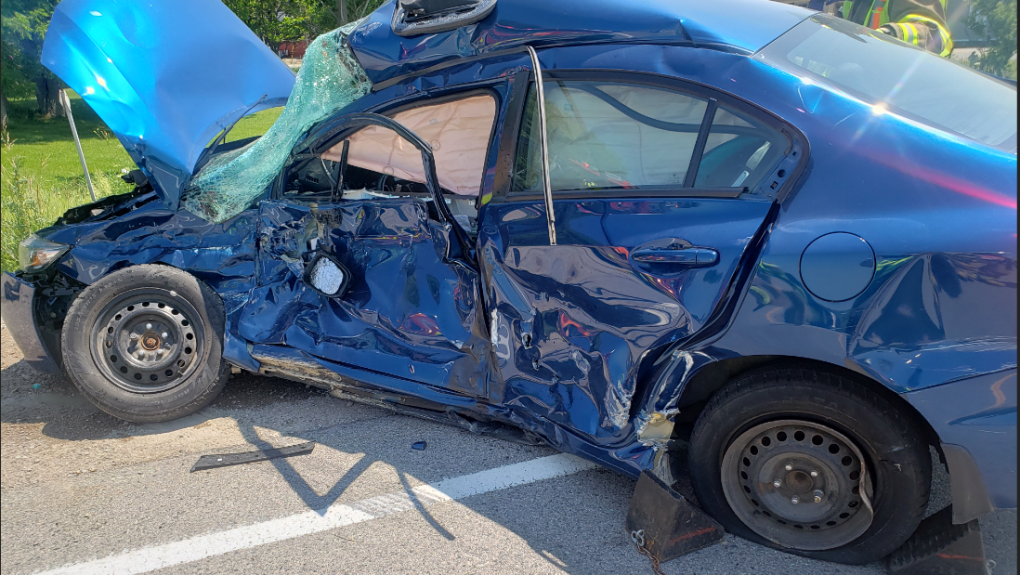 LONDON, ONT. -- One person was taken to hospital by air ambulance after a serious collision involving a car and a transport truck at Perth Road 164.

The collision happened at intersection of Highway 23 and Line 20 in Russeldale, about eight kilometres south west of Mitchell.

A transport truck, which was travelling northbound, collided with a car travelling eastbound that drove into the intersection.

The intersection is controlled by an stop sign east and westbound.

The truck driver as well as an adult passenger and child in the car were not hurt.

Injuries have been deemed non-life treatening.

#PerthOPP, Perth EMS, and West Perth Fire on scene of a serious collision involving a TT and passenger vehicle in Rsseldale, at Perth Rd 164 and Line 20 @WestPerthON. 1 person airlifted by Ornge. Roads expected to be closed for a few hours. Please avoid the area.@PerthCounty ^jj pic.twitter.com/Z2zLgcHeLO