One person freed after being trapped in crash involving dump truck 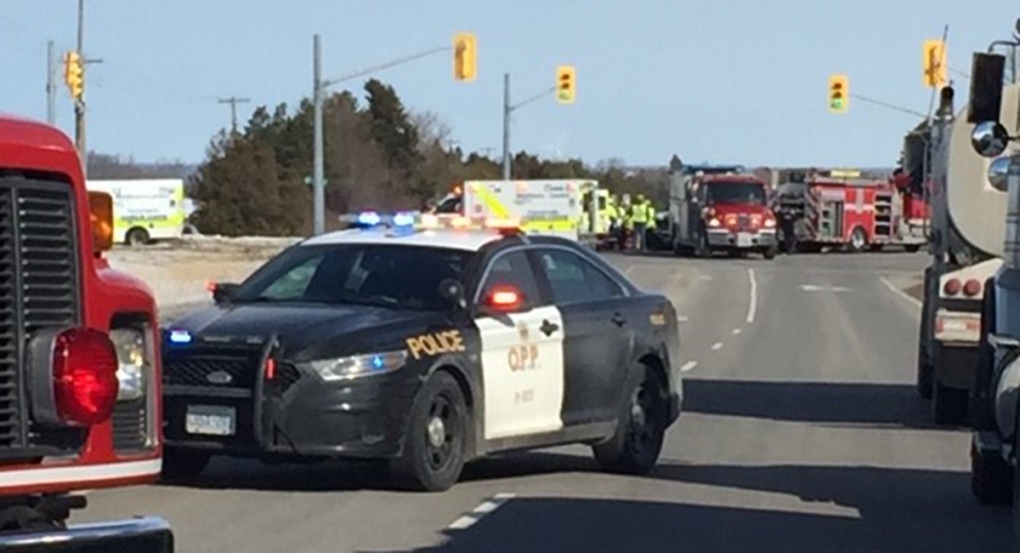 Emergency crews work a the scene of a collision north of Strathroy, Ont. on Wednesday, Feb. 24, 2021. (Marek Sutherland / CTV News)

MIDDLESEX CENTRE, ONT. -- One person was pinned in their vehicle after a crash north of Strathroy, Ont. on Wednesday morning.

Emergency crews were called to Centre Road and Egremont Drive (County Road 22) for the three-vehicle crash shortly before 10 a.m.

OPP say one person suffered serious injuries and was transported to hospital by air ambulance. No one else was injured.

The intersection was closed for at least an hour as work at the scene was completed.

Egremont had to be closed between Hickory Drive and School Road. Centre Road was closed to southbound traffic from Cuddy Drive while northbound traffic was being diverted onto Egremont.