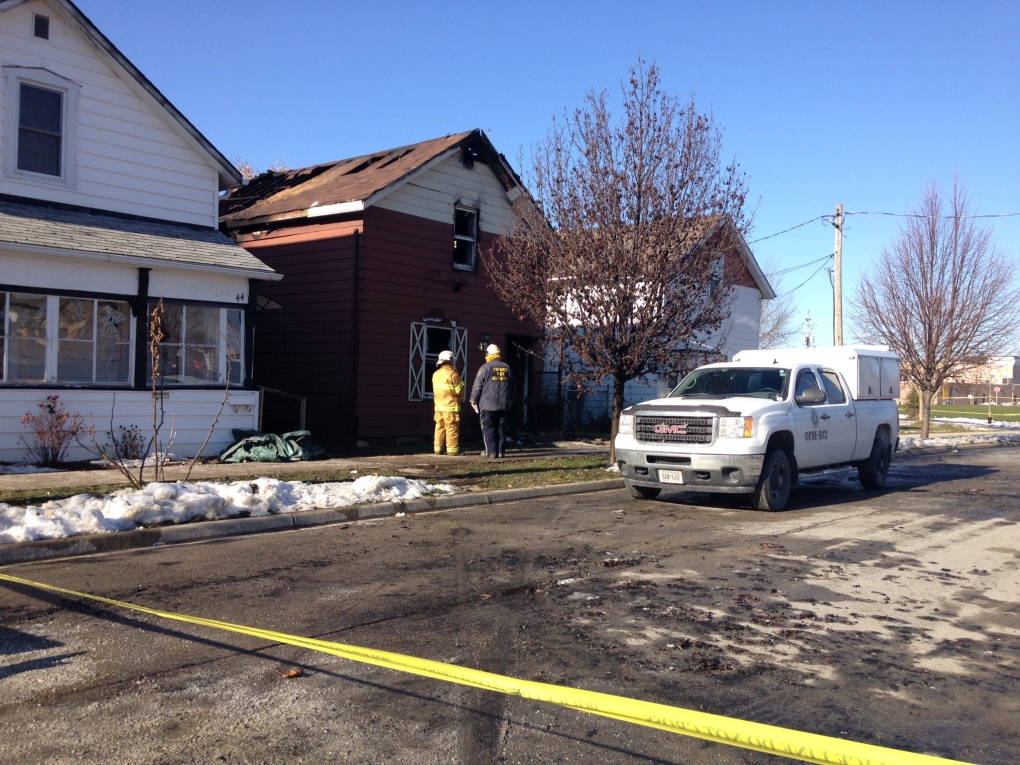 The Ontario Fire Marshal is investigating after one person died in a St. Thomas house fire on Sunday, Jan. 1, 2017. (Natalie Quinlan / CTV News)

Tragedy has already marked St. Thomas, after a fatal fire just a few hours into the new year.

Shortly before 3:30 am on Jan 1, 2017, St. Thomas Police and the St. Thomas Fire Department responded to a house fire at 42 Moore Street in the city’s downtown area.

Emergency crews found a person in the residence who was pronounced dead at the scene. The identity of the deceased is not being released until after the victim’s family has been notified.

The Ontario Fire Marshal has been called in to investigate.