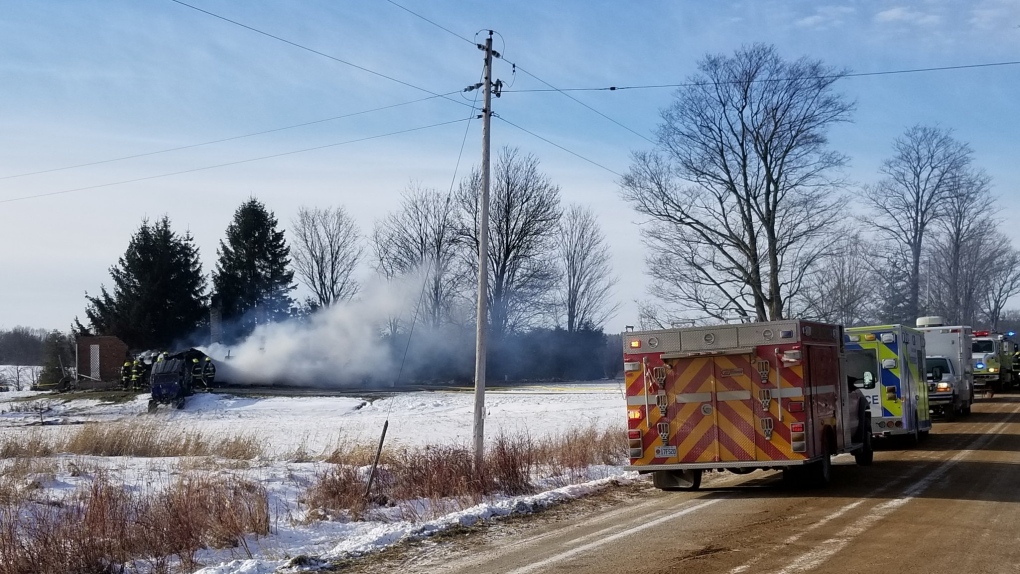 LONDON, ONT -- Provincial police have determined that one person died in a fire last week in Grey Highlands after human remains were found in the wreckage.

Emergency crews responded to a house engulfed in flames on Artemesia-Euphrasia Townline on the morning of Jan. 9.

Two people living at the house were located while a third was missing. Of the two who were located, one suffered serious injuries and was taken to hospital.

The next day investigators discovered remains in what remained of the home.

On Thursday the Ontario Fire Marshal cleared from the scene and it was determined that the remains in the home were human.

Police are still working to identify the body.

The death is not considered suspicious.