One person arrested in Woodstock in relation to suspicious death investigation

One person arrested in Woodstock in relation to suspicious death investigation

One person has been taken into custody following a suspicious death investigation in Woodstock, Ont.

Officers were called to an apartment complex on Fyfe Avenue, in the area of Parkinson Road and Norwich Avenue around 2:18 a.m. after receiving a 9-1-1 call reporting a dispute.

Residents of the complex told CTV News a man was found suffering stab wounds in a common area near the front entrance of the two-story building, which is operated by the Oxford County Housing Corporation.

"Early this morning my wife woke me up, said something was going on behind. I had a look out and there's police all over the place,” said resident Shane Maltby.

Police say the victim was transported to the trauma unit of London Health Sciences Centre Victoria Hospital but was pronounced dead shortly after arrival.

A 56-year-old person from Woodstock was arrested around 11:50 a.m. in relation to the death.

"So, at approximately 11:50 a.m. this morning, police were able to locate a 56-year-old suspect and take him into custody,” said Special Const. Shaylyn Jackson.

A heavy police presence remained on scene throughout the morning, including officers wearing tactical gear.

The building was evacuated as police continued to search for a suspect. 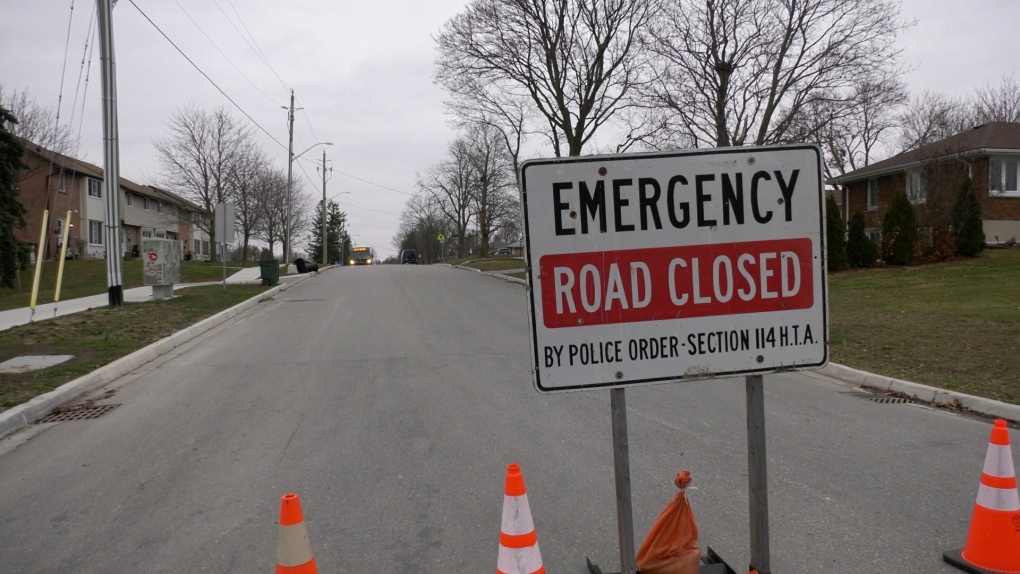 Police officers are at the scene of a suspicious death in Woodstock on Nov. 29, 2022. (Colton Wiens/CTV News Kitchener)

Residents could be seen getting on an out-of-service Woodstock Transit bus to be taken to another location.

Students were allowed to attend Oliver Stephens Public Elementary School, which is located on Fyfe Avenue, not far from the crime scene, but were put on hold-and-secure, which restricted them to indoor recess and lunch.

Resident Ridel Onige Barnes expressed concerned that a friend may have been the victim, and added that his friend was facing a multitude of challenges.

"People are struggling here, with the drug situation and money,” he said.

Stefan Roth lives in a nearby community housing building, and admitted being concerned by what he said is an increase in violent incidents.

“It's getting a lot rougher. Again, housing isn't going to like me for this, but they don't want to seem to do nothing about it until something like this happens,” he said.

Woodstock police said they are not looking for any additional suspects.

Police have not publicly identified the accused or the 59-year-old victim.

Top European Union officials arrived in Kyiv on Thursday for talks with Ukrainian officials as rescue crews dug through the rubble of an apartment building in eastern Ukraine struck by a Russian missile, killing at least three people and wounding about 20 others.