One million pounds of plastic 'recovered' in Bluewater region

All those yogurt containers, shampoo and detergent bottles being recycled in Midwestern Ontario, are finding new life, thanks to a new partnership between four Huron-Perth businesses.

“It’s pretty cool to see everything you put in your blue box in South Huron and southwestern Ontario, stay here, and get put back in the ground,” says Mike Lovie, from Bluewater Pipe in Huron Park.

First, recycling bins from Huron, Perth, Lambton and Middlesex counties end up at Bluewater Recycling Association’s sorting facility in Huron Park. There, they meticulously sort your recyclables, by robot, and by hand. Then they bale and send all the yogurt containers, shampoo and detergent bottles, better known as high density polyethylene (HDPE) to EFS Plastics in Listowel. 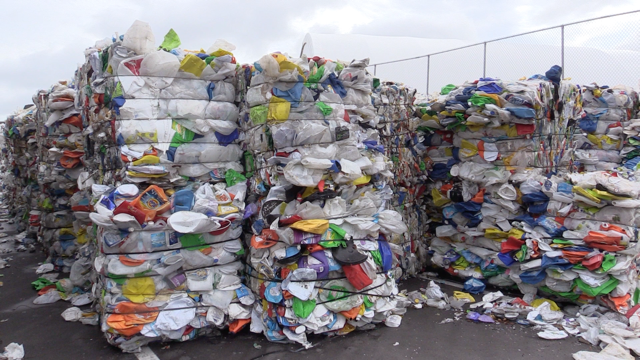 Bales of high density polyethylene (HDPE) at EFS plastics in Listowel, Sept. 21, 2021. (Scott Miller / CTV News)“We shipped over a million pounds in the past 14 months or so,” says Francis Veilleux, President of the municipally owned, Bluewater Recycling Association.

At EFS Plastics, they shred, clean and pelletize the hard plastic into this plastic resin, which is then sent back to Huron Park where two companies, Exi-Plast Custom Moulding, and Bluewater Pipe, turn those tiny pellets into things like traffic cones and farm drainage pipe.

“Seven years ago we were using 100 per cent virgin material. Now, I can honestly say we’re using over 50 per cent fully recycled content and we’re really proud of that,” says Jeff Lang, President of Exi-Plast.

“About 150 grams of pellets go into making about 1/3 of a three foot piece of pipe. So, about 1/3 of our product is made from recycled materials,” says Mike Lovie.

The closed loop plastic partnership has “recovered” over a million pounds of Number 2 HDPE plastic over the past year. At Bluewater Pipe alone, that’s been converted into six million feet of drainage pipe. 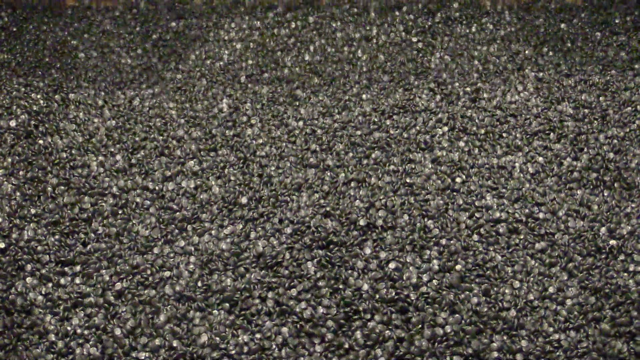 “We’re also reducing our carbon footprint by keeping this as local as possible. It maximizes that and what’s really great is the relationship with these other companies and the commitment to a local circle economy,” says Martin Vogt, CEO of EFS Plastics.

Before setting up this four-way partnership, Number 2 plastic from Midwestern Ontario was being sent all over Ontario and North America. Now, it stays within roughly a one hour drive of where it was collected.

“We want to do this with every commodity we have. It’s not possible with everything. Number 1 Polyethylene Terephthalate (PTE) plastic water bottles is one. We send that to Ice River and Bluewater Mountain Plastic in Feversham, where they make brand new bottles out of them. A lot of the paper and cardboard we recycle stays, generally within the area, to paper mills. The steel typically goes to Hamilton. Aluminum has to go to the United States, which is where all the markets are. Most of the commodities, we try to keep as local as possible,” says Bluewater Recycling’s, Veilleux.

All four companies vow to continue their partnership as long as it’s feasible, and hopefully expand it to other commodities and companies in the region.