The Forensics Unit were still on scene early Thursday morning, gathering evidence for the investigation. Several plastic sheets with blood were seen being collected by investigators.

Police have released little information other than to say the shooting took place just before 9 p.m. in the area of Dundas Street and Ashland Avenue and it did not seem to be a random incident.

Several witnesses report hearing brakes slam followed by screaming and yelling, then a car taking off.

Moments later, witnesses say they saw a body on the street.

Another account posted to the group says they heard a gunshot around 9 p.m. and soon after the area was flooded with police.

As many as 15 cruisers were in the area within minutes, and one ambulance was seen speeding away by CTV News. 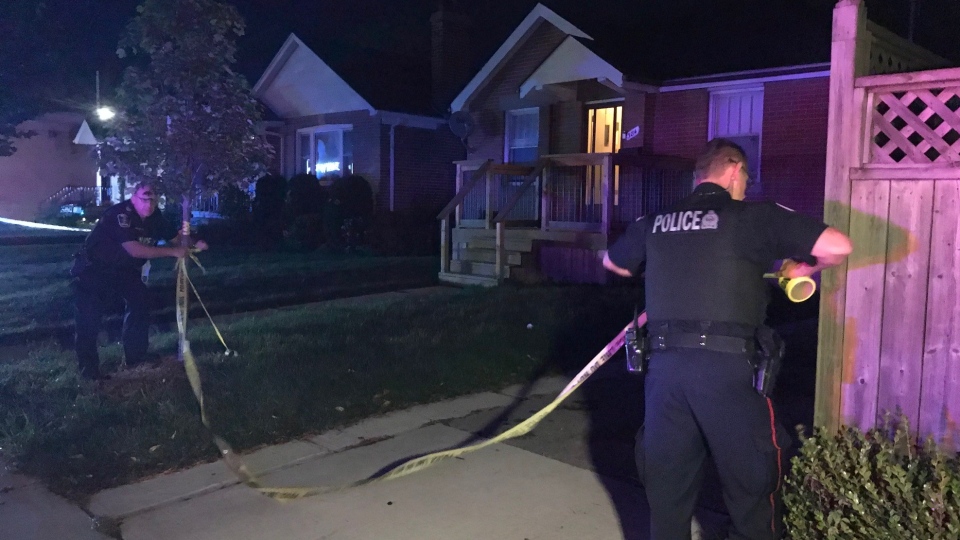 "It really scares me…" said Ryan who lives in the area. "It's in my own backyard…I just don't want anything to happen to my by boys, or myself, you know? Or anybody."

Emergency crews discovered the injured male upon arrival. He was taken to hospital.

"London Police takes crimes such as this very seriously, and we want to appeal to the public that if anyone has any information they feel could assist our investigation to please reach out and contact us," said Travis.