One injured as U-Haul goes up in flames 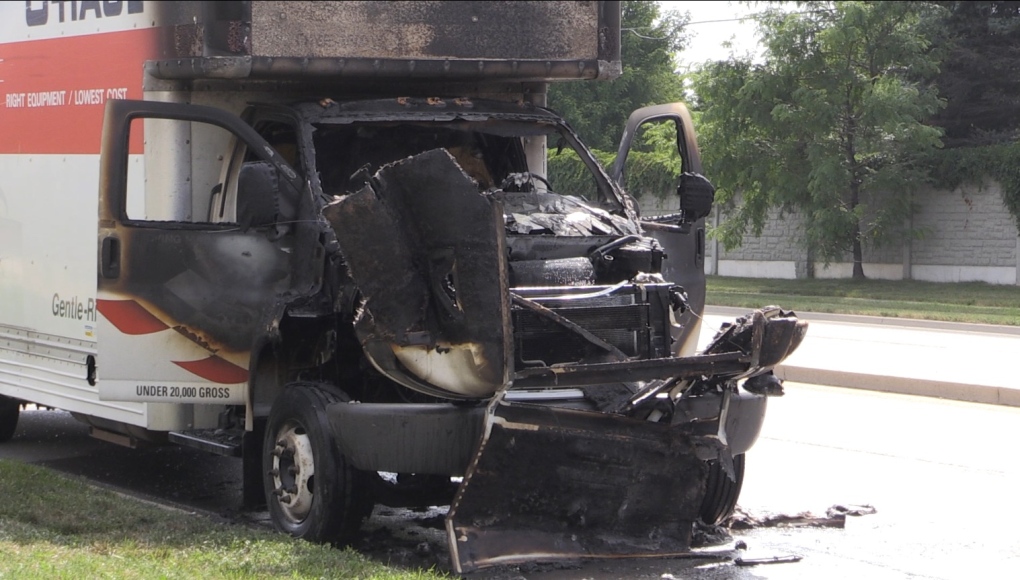 One man sustained burns to his legs after a U-Haul truck caught fire in Northwest London Friday morning.

Around 10 a.m. fire crews were called to Fanshawe Park Road west of Wonderland after reports came in of a truck on fire.

Two men working for a moving company had rented the truck because their own was in for maintenance.

While westbound on Fanshawe Park drive they noticed smoke and flames coming from the engine. Flames then came into the cab at their feet and the driver was burned while attempting to pull the truck over.

Officials say he sustained minor burns to his leg and was taken to hospital for treatment.

Several motorists pulled over to help, including one truck driver who had a fire extinguisher, but the blaze was too intense and destroyed the front end of the U-Haul.

The cause of the fire is unknown at this time.