One in hospital, another in custody after incident in Woodstock, Ont. 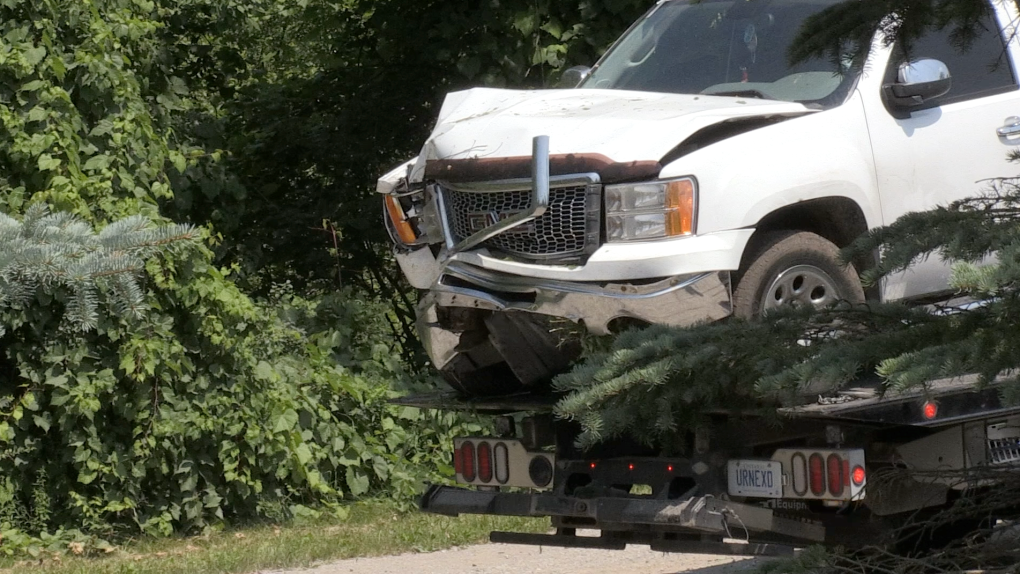 Woodstock, Ont. police are investigating an incident Friday morning in the west end that left one person injured and another in custody.

Police responded to the trails at Standard Tube Park on Dundas Street near 11th Line around 10 a.m.

Officials say one person suffered non-life-threatening injuries and is in hospital in stable condition.

A second person was taken into custody.

A motorcycle and a white pickup truck were towed from the scene on flatbeds, but it's unclear how the vehicles are connected to the incident.

The pickup had to be pulled from a wooded area before being towed and appeared to have substantial front-end damage.

The investigation remains active and anyone with information is asked to contact police at 519-537-2323 or Crime Stoppers at 1-800-222-TIPS.

Police say further updates will be provided when they become available.