One deceased, two sent to hospital after head-on collision near Meaford, Ont.

One deceased, two sent to hospital after head-on collision near Meaford, Ont. 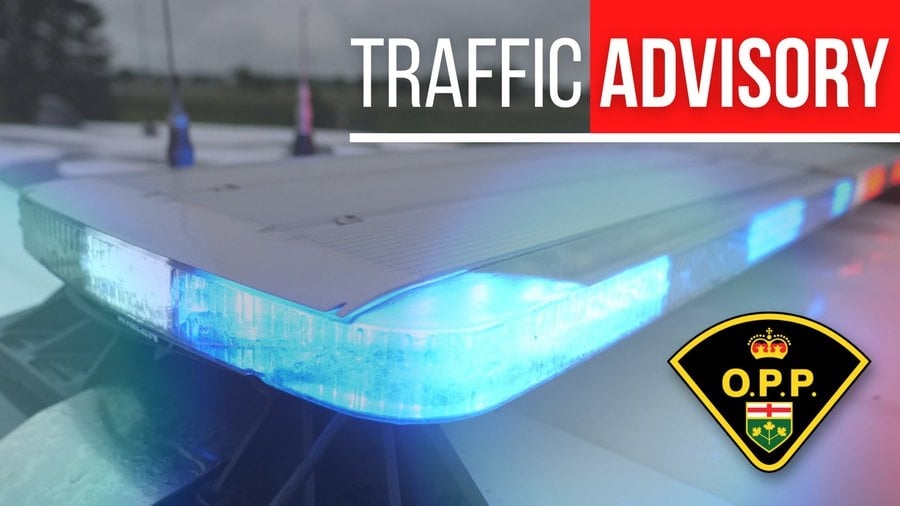 An OPP graphic depicts a police cruiser with its lights on, and the words "OPP" and "Traffic Advisory." (Source: OPP West Region/Twitter)

OPP remain on scene early Tuesday evening after a two-vehicle crash claimed the life of one driver, and sent two others to hospital with life-threatening injuries.

According to a press release from Grey Bruce OPP, at approximately 12:20 p.m. on Tuesday, OPP, fire crews and paramedics responded to the scene of a crash in the area of Highway 26 and Grey County Road 112, west of Meaford.

Police say the driver of the compact car was pronounced deceased at the scene, while two passengers from the compact vehicle were airlifted to hospital with life-threatening injuries.

The driver of the pickup truck was transported to hospital with non-life threatening injuries.

The name of the deceased is being withheld pending next-of-kin notification.

Members of the West Region OPP Traffic Incident Management Enforcement Unit are on scene and assisting with the investigation.

As of 9:10 p.m., Highway 26 between Grey County Road 112 and 7th Line remains closed. Police urge motorists to use an alternative route in the meantime.

The cause of the crash remains unknown at this time.

The Ontario government intends to appeal a court's decision that struck down a controversial bill that limited wages for public sector workers.

From major upsets to heaps of added time to huge moments for Cristiano Ronaldo and Lionel Messi, CTVNews.ca looks at the biggest on-pitch takeaways at the halfway point of the men's World Cup.

A new report from Royal LePage shows 75 per cent of U.S. citizens living in border towns and owning recreational properties in Canada made their purchase after the federal government announced its forthcoming foreign buyer ban.

A new report predicts average home sale prices in Canada will fall 3.3 per cent next year with the biggest declines expected in Ontario and Western Canada where some markets may see prices fall 10 to 15 per cent.