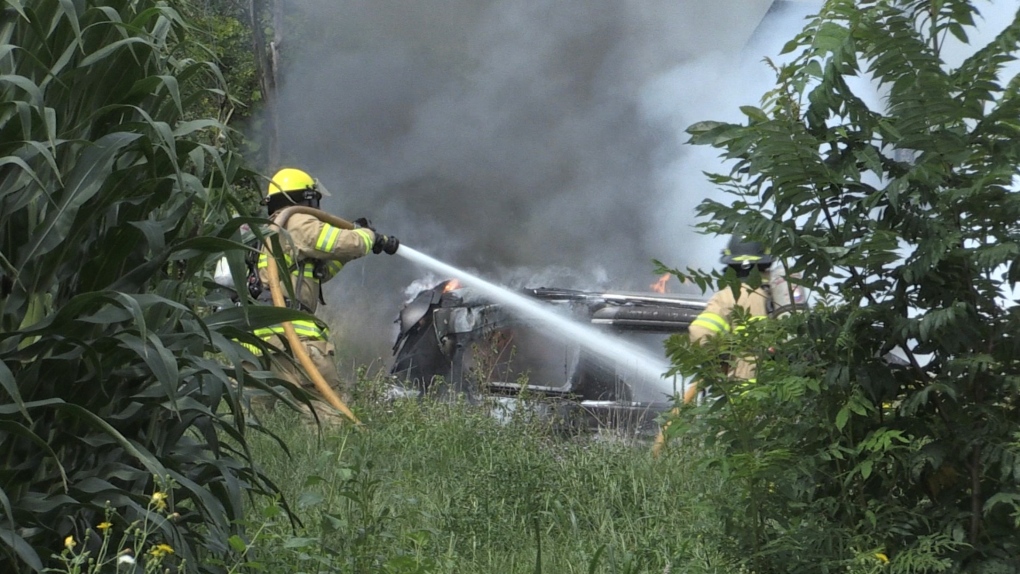 One person has died following a two-vehicle crash in rural south London that left one vehicle in flames.

Heavy black smoke could be seen blowing in an easterly direction with a massive plume shooting up into the sky.

The burning vehicle came to rest at the southwest corner of the intersection on Glanworth, with the second vehicle right behind it.

Paul Van Dyk with the Middlesex-London Paramedic Service says three people were taken from the scene.

"Paramedics from Middlesex London and Oneida Paramedic Services responded to a two-vehicle collision at the intersection of Wonderland Road and Glanworth. Three patients in total were transported with serious injuries to London Health Sciences Victoria Hospital."

Late Wednesday police confirmed that an 85-year-old man had died from his injuries. His name is not being released at the request of the family.

The driver of the other vehicle has been released from hospital, police said Thursday.