LONDON, ONT. -- Mark Woolley has traded in his skates for rollerblades this month.

When the province put on the 'emergency brake', arenas were shut down, keeping Ontario Hockey League (OHL) players off the ice for all of April.

"You know when it's locked down after lockdown it's definitely difficult to stay positive," says Woolley, a defenceman for the Owen Sound Attack.

"We're hopeful to get games in before the NHL Draft," says Woolley.

"I know there's a lot of young kids and even guys the older guys are trying to earn contracts. People say is it even worth it to play the 20 games or whatever it may be?

One hundred per cent it is because you know it's every other league is playing and getting scouted for all for the draft".

The NHL draft is currently scheduled for July 23-24.

OHL executives say they remain committed to playing a 2020-2021 season. 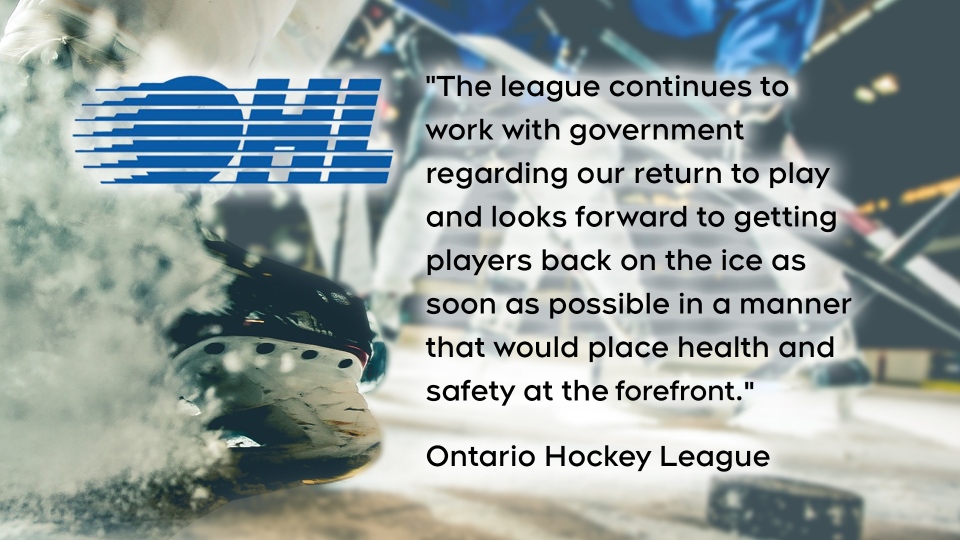 "The League continues to work with Government regarding our Return to Play and looks forward to getting players back on the ice as soon as possible in a manner that would place health and safety at the forefront," the league said in a statement.

With players off the ice until the end of the month, they would then need to report to their respective city, and ramp up toward game action.

It would be hard to believe any games could take place before late May at the earliest.

"At first I thought how is this feasible?" says Dylan Seca, general manager of the Sarnia Sting.

"However I come back to the fact that the NHL found a way to do it at a time that was really unique last summer".

Seca he has full trust in OHL Commissioner David Branch to have the conversations to allow play to resume.

He says his organization hasn't talked to its players since the province announced the shutdown last week.

"We've given our guys an Easter weekend with their families," says Seca.

"It'll be a Tuesday morning initiative where we'll reach out to our coaching staff and we'll develop some sort of connection and hopefully make sure that they're doing okay. The only advantage is, we've been through this before, and they're resilient and they they've had plans that we know we're working earlier in the year so I, I'm hoping that we'll just refer back to that".

Seca added the Sting have also had conversations with its players about the bigger picture in the world right now, and that any return to action is quite literally out of their control. 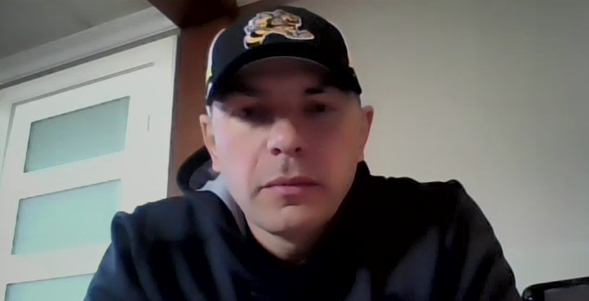 Woolley says the latest lockdown feels like a year ago when he was sent home from Owen Sound. He will roller-blade as much as possible now that the weather is getting nice, and stick to workouts at home.

He has eligibility to play overage season next year, but knows many others aren't so lucky.

"For all my good buddies that are a year older than me, I feel for them," says Woolley. 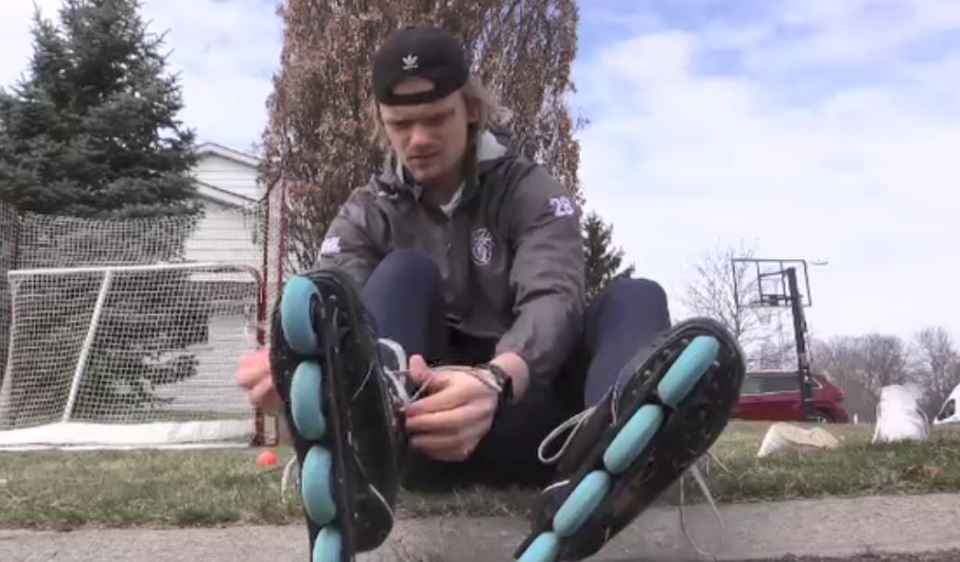 "For the the '99's that played their last game last year and now the 2000's who might have potentially played their last game, not knowing it like that's that's difficult. Most teams usually give their players a send-off, and those are special moments. To not have those in your career, it's definitely difficult".

He says it's not just the hockey they miss. It's the camaraderie.

"These are our brothers that we haven't seen in a year so it's difficult for us to be away from them and I'm hopeful we'll get back there soon".