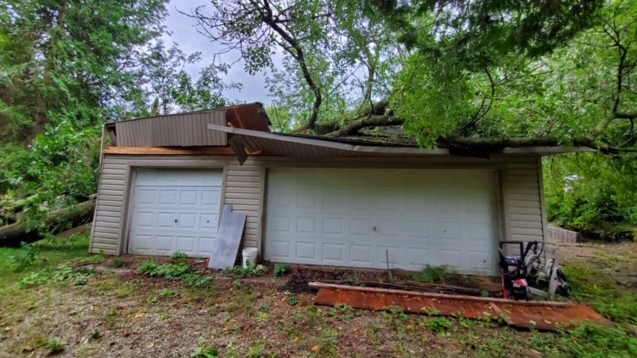 A number of trees were uprooted, power lines were knocked down and significant damage was caused to some homes.