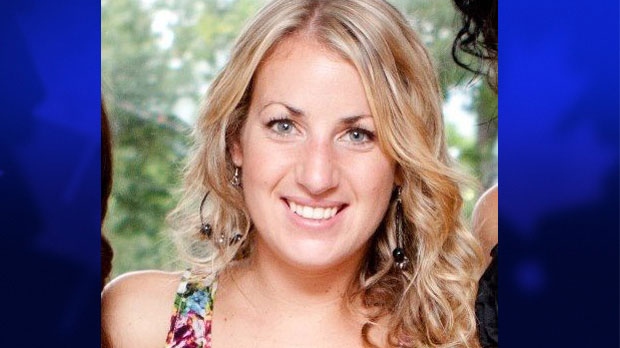 Noelle Paquette is seen in this undated photo from Facebook.

The OPP handed out their annual Accolade Awards Monday and several local officers were recognized for work in relation to the Noelle Paquette homicide.

The case came to a close last Feburary when Tanya Bogdanovich and Michael MacGregor were handed life sentences for the brutal murder of the Sarnia kindergarten teacher, whose body was found in a woodlot on Jan. 2, 2013

The awards are presented to both uniform and civilian members.

Nominations are submitted by member’s peers, and are then reviewed by a panel of community members and OPP staff of various ranks.

Receiving the award for their work on the Paquette case were:

As well, Det.-Const. Micah Bourdeau of London was honoured for his work on Project Kirby, which was a multi-jurisdiction investigation on the importation and distribution of illegal guns into Ontario from the United States.