Officer honoured for tracking man who made LAWC bomb threat 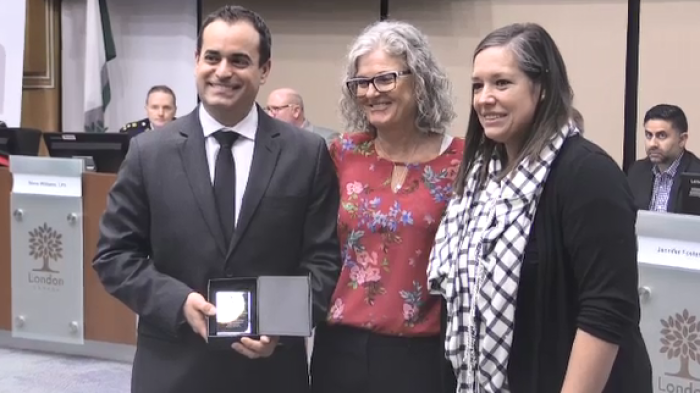 LONDON, ONT -- A detective with the London Police Service was honoured for his determination in tracking down the man who threatened to bomb the London Abused Women’s Centre (LAWC).

Thursday afternoon Detective Christopher Adamovich was presented the award “For outstanding service resulting in justice for LAWC and the women we serve.”

Adamovich is only the third officer to receive the honour from LAWC.

He was praised for his determination and investigative skills that tracked down the man who was eventually convicted of making a bomb threat against the centre.

The bomb threat was made by Todd Rogers, 64, who was convicted earlier this month.

Rogers has since been re-arrested after not obeying the orders of his probation.