OEV explosion case back in court in March

LONDON, ONT -- The case against a Kitchener woman charged in connection to the Woodman Avenue explosion returns to court Wednesday.

Daniella Leis, 23, is facing a total 12 charged in connection to the Woodman Avenue explosion.

Among the charges are:

While no one lost their lives in the August 14th explosion, seven people were injured including a firefighter who suffered severe injuries.

In addition to the injuries three homes were destroyed, several others were damaged or deemed unsafe for a time. 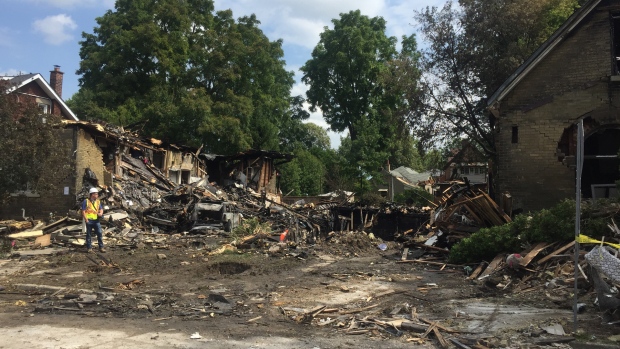 At the time of the explosion around 100 homes in the area were evacuated.

Damage was estimated to be upwards of $15-million.

Leis’ last court date was Jan. 29 however she was not on hand as her lawyer instead appeared on her behalf.

Leis was not required to attend Wednesday. Her next court date is March 18.