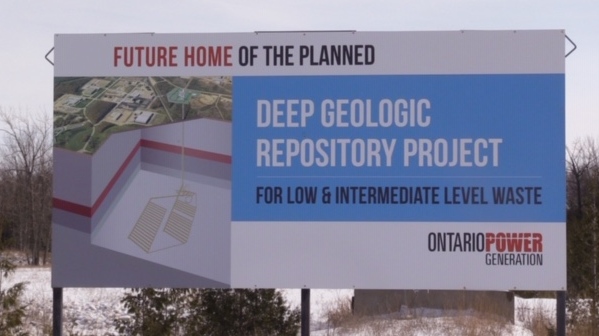 WINGHAM, ONT. -- Plans to bury Ontario’s low and intermediate level nuclear waste near the shores of Lake Huron have officially been terminated.

On Friday, the plan was officially put to rest.

Ontario Power Generation spent over 30-years on a plan to bury Ontario’s low and intermediate level nuclear waste in an underground facility, on the Bruce Power Nuclear site near Lake Huron.

A Joint Review Panel approved the project nearly 10-years ago. But, Ontario Power Generation agreed to only move forward with the blessing of the local native band, the Saugeen Ojibway Nation.

In late January, by an overwhelming majority, members of the Saugeen Ojibway Nation voted not to support the $2.4-billion project.

That vote essentially ended the project. The federal government terminating the plan, was merely a formality.

Ontario Power Generation says it is exploring other options to store their low and intermediate level nuclear waste, that is currently stored in above ground and near ground storage on the Bruce Power Nuclear site near Kincardine.