Lise Morton, vice president of site selection for the Nuclear Management Organization (NWMO), says the lack of face to face to communication caused by the pandemic, is the reason it has pushed a deadline to find a home for Canada’s high level nuclear waste, from the end of next year, to the fall of 2024.

“When you think of this project in terms of being a multi year, multi generational, multi decade project, this is really just a small adjustment in time. It’s really just a few months,” she says, from the NWMO’s office in Teeswater.

The NWMO has spent the past decade trying to find a community interested in storing Canada’s most radioactive waste in an underground facility, forever. The Municipality of South Bruce, north of Teeswater, and a site near Ignace, in Northern Ontario, are the final two communities in the running.

“The way I see it, the NWMO feels like they’re losing, and they just want to add some extra innings to the game,” says Michelle Stein, who lives near the proposed underground waste site.

Stein, who is leading a group of South Bruce citizens opposed to the project, believes a community referendum, as soon as possible, is the best way to finally determine the multi-billion project’s fate.

“What are we waiting for? The NWMO has been telling us for 10 years that this is a good idea, everything is safe. The only thing they don’t have yet, is the willing community, and that’s why they keep pushing this forward,” says the leader of No DGR-Nuclear Waste-South Bruce. 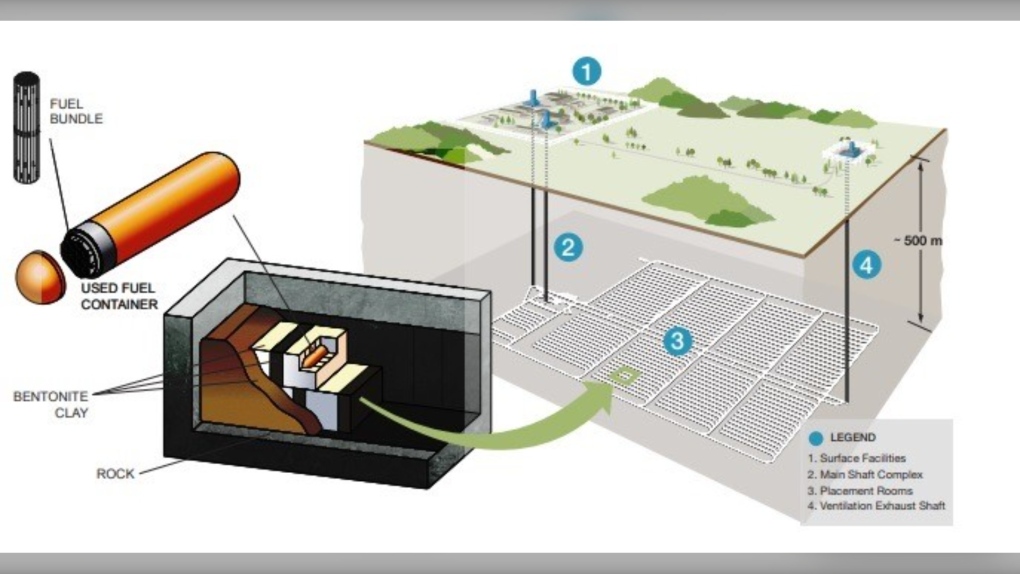 But for South Bruce residents who see more pros than cons with the $26 billion project, time is important.

“This is a forever project, and we should take as long as we need to make sure we make the right decision, whether that’s a yes or a no,” says Sheila Whytock, of Willing to Listen-South Bruce.

South Bruce’s current mayor Robert Buckle says he’d be in favour of a community referendum to decide the project’s fate, but a municipal election in October, could change that. The Saugeen Ojibway Nation, whose territory the proposed project falls within, must also approve the project for it to move forward.

“I don’t think we should be rushing this decision. I think it’s kind of irresponsible to do that, no matter which side of the debate you’re one. It’s a good idea, to take the time to do it right,” says Whytock.

Morton says the NWMO is confident it will find a permanent home for Canada’s high level nuclear waste, in South Bruce or Ignace, by the fall of 2024. Construction could start as early as 2033.