"At Wednesday's Food Bank board meeting we saw November's numbers and it's the second highest in our 35 year history," said Glen Pearson, the London Food Bank's co-executive director.

"We were all kind of shocked. We knew it was rising but it's risen now a lot and for Canada's largest food banks, their numbers have increased over 50 per cent during the pandemic. So I mean, this isn't something it's just a London problem, it's a Canadian problem." Pearson added.

This weekend, 30 stores in London, Ont. including 27 grocery stores, were packed with volunteers for the annual LCBFD Grocery Weekend.

"I've actually had to put out 30 more Gaylord's in the last two hours, that's how busy it's been," said LBCFD campaign chair Wayne Dunn. 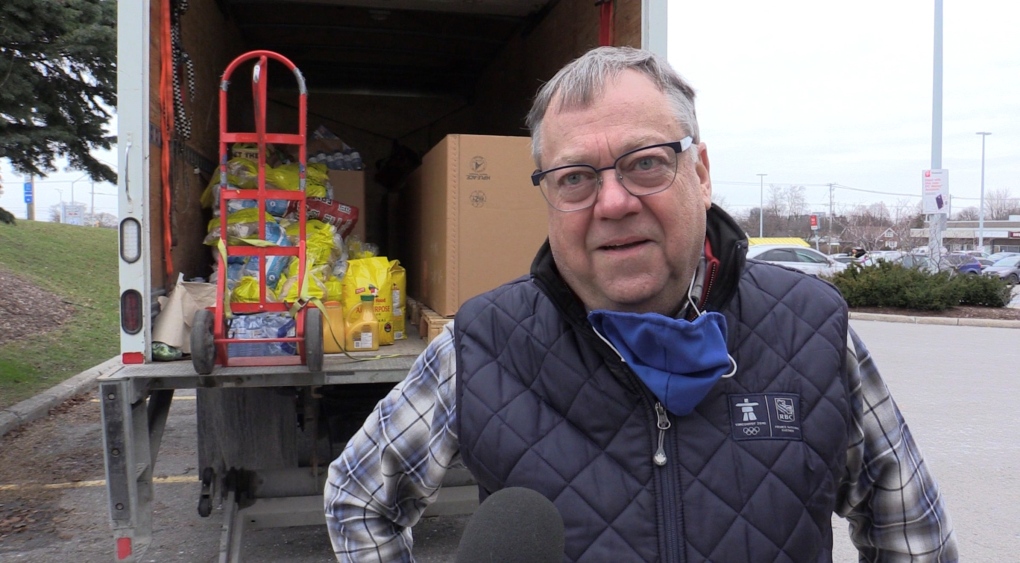 "I run a small business and I see everybody out on the street corners this time of year hurting to get by and just wanting to do my part," explained Forrest.

Pearson feels the generosity of the thousands of people like Forrest is what allows them and other agencies to serve the growing clientele.

"We're just short of 3,600 families," said Pearson. "That's close to 9,000 individuals a month, and that's not talking about the other 10,000 individuals we feed on a regular basis through other agencies that we help, and their numbers too are going up."

To pull off this weekend at all corners of the city, it takes close to 1,000 volunteers. Among them at the Wharncliffe Road and Commissioners Avenue No Frills were Inter-county Baseball League champions Braeden Ferrington and Cleveland Brownlee of the London Majors. 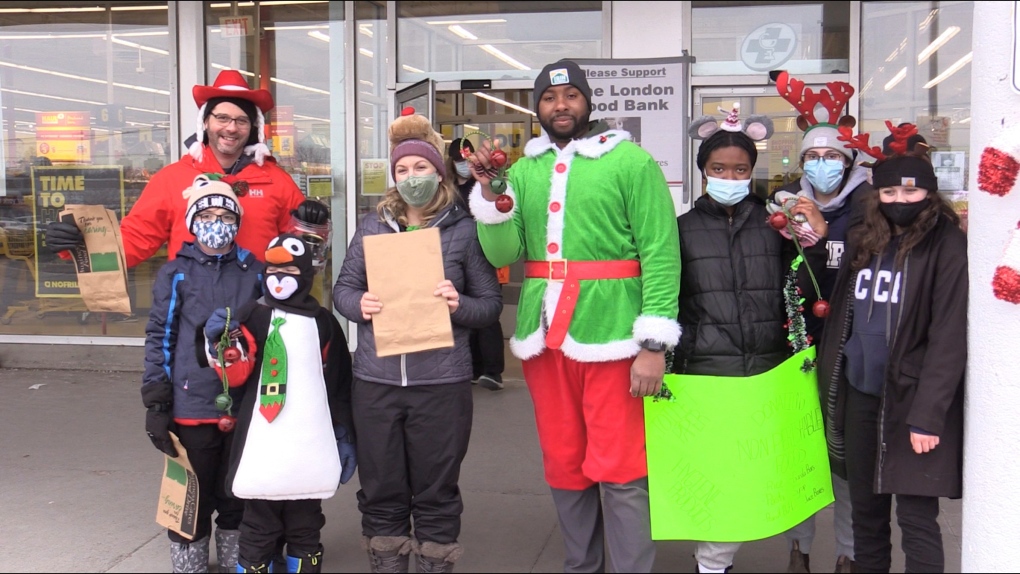 Cleveland Brownlee (C) of the London Majors leads a group of London Business Cares Food Drive volunteers, Sunday Dec. 5, 2021. (Brent Lale / CTV News)"We're just trying to feed as many families we can for the holidays," said Brownlee. "At this time of year you always get the best stories. One guy came in yesterday (Saturday) and he said just last year he was homeless and he says now he's able to help provide for other families. He came out with a whole shopping cart, and those are the kinds of stories and things that you look for on this weekend."

While the grocery weekend is now over, the LBCFD will continue for the next two-and-a-half weeks.

"We store all our food at the Edge Automation warehouse in east London and have a great wrap up Dec. 22," said Dunn.

"In between, a lot of businesses will be involved with their staff. People can still donate online at our website, and the next few weeks we'll shift the campaign to more monetary than food. However, businesses will still assist and we're happy to have that too." 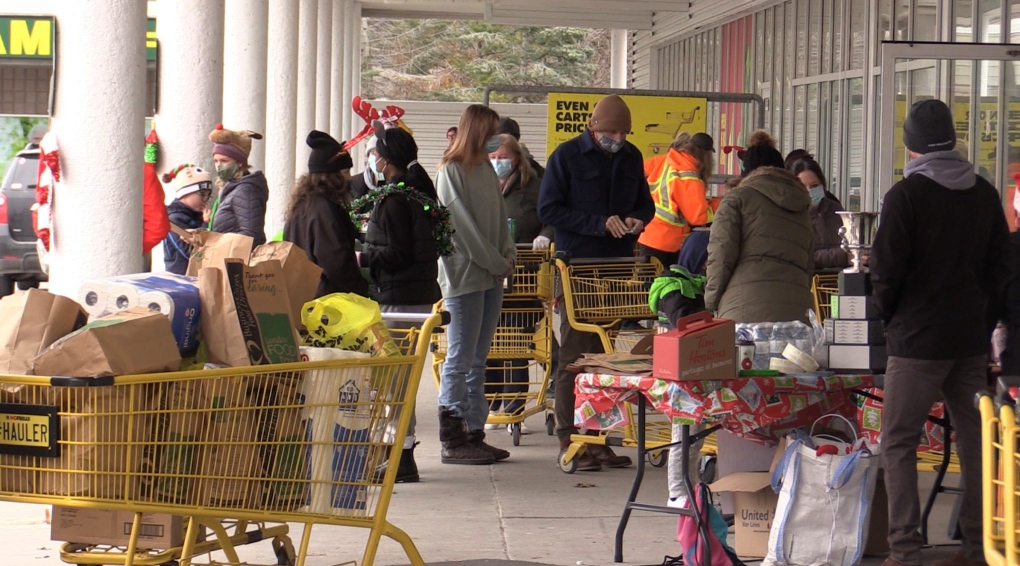 It was a hub of activity on London Business Cares Food Drive Grocery Weekend at No Frills on Wharncliffe Road in London, Ont., Dec. 5, 2021. (Brent Lale / CTV News)Pearson calls the business community “essential” to the Food Bank's ability to serve.

"It's not a crisis yet, but it's a real moment of concern," he said. " The food security, especially after COVID, we thought we would all do better, and we build back better but it hasn't worked out in this case."

The next event is the 'Be a Fan, Bring a Can' Saturday Dec. 11, when the London Knights host the Guelph Storm.

Volunteers will be on hand at Budweiser Gardens to collect donations for the LBCFD.