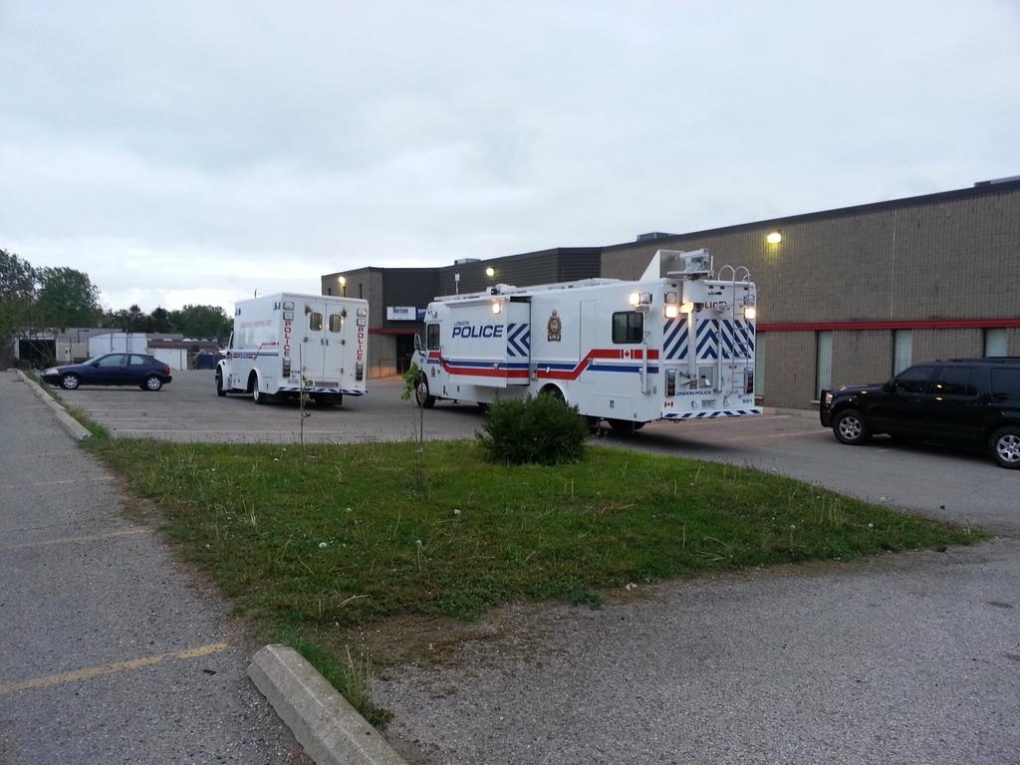 Heavy police presence at Clarke and Huron after a bomb threat in London, Ont., on Wednesday, May 20, 2015. (Justin Zadorsky/CTV London)

A possible bomb threat near Huron Street and Clarke Road on Wednesday morning has yielded nothing suspicious, say London police.

Officers were called to the area around 1 a.m. in relation to a distraught man, allegedly in possession of explosive devices.

Nearby businesses were evacuated and the intersection was closed for several hours.

Police say a package was located inside the vehicle that was occupied by the 44-year-old male.

The package was disrupted by the explosive disposal unit and nothing suspicious was located inside.

The intersection of Huron and Clarke has been re-opened to the public.