'Not a great look': Sign on student house during Homecoming prompts neighbour complaints

'Not a great look': Sign on student house during Homecoming prompts neighbour complaints

WARNING: This article contains language that may be considered graphic in nature

The sign, a bed sheet with purple paint referencing female genitalia, hung outside a window on the front of a house on Lexington Avenue in London, Ont. on Saturday afternoon — the day of Western University's Homecoming festivities.

The signage upset neighbours of the quiet street near Kinsman Arena.

“I think it's a bad reflection on Western for the students and stuff, but I don't know really. It's pretty typical of that time of year,” said Tim Forrest, a resident on the street.

While second year student Grayson Velan did not see the sign, as he was on campus that day, he reacted to a picture of it that has since gone viral online.

“Yeah, that's a weird thing to have on your house. I don't know. Yeah, not my thing. But I don't know, whatever floats their boat, I guess,” he said. 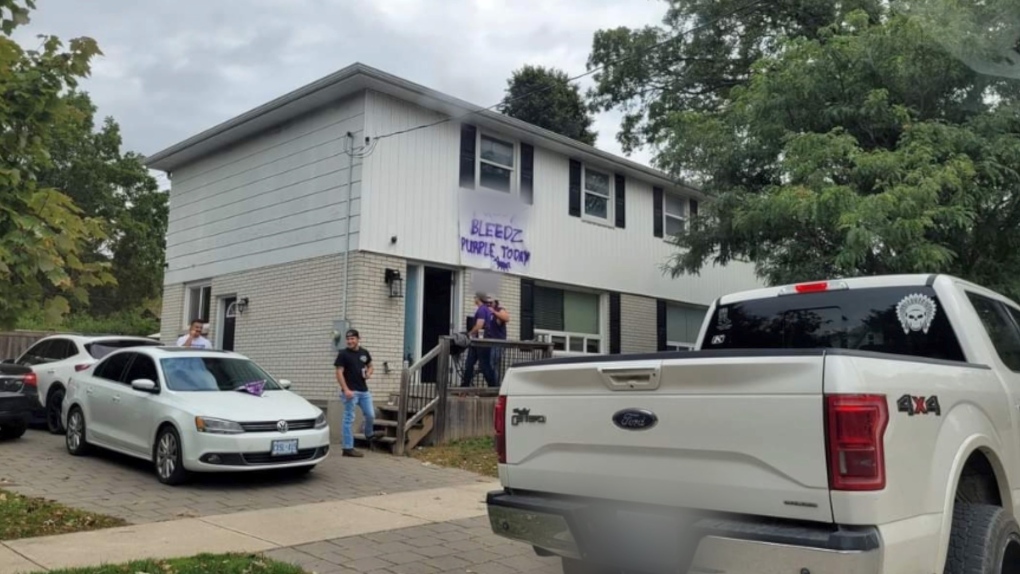 An offensive sign hung from a student home in London, Ont. over Homecoming weekend in September 2022 upset neighbours of the quiet street. (Source: Facebook)

Neighbours CTV News London spoke to on Tuesday say the sign was taken down shortly after it was put up after complaints were made.

Annalise Trudell, the manager of education, training and research at Anova said the word in itself is not harmful.

“Using sexual language like the word ‘pussy’ is not inherently harmful, but it's the larger context where I can start to see the impact of this,” she said. “So thinking about you know, how survivors receive those messages about bleeding that can feel really violent and harmful.”

Trudell also manages the sexual violence training at Western University, and believes there has been a shift from previous years.

“We know that culture change takes time, takes multiple intervention points, and that those are in place so I'm hopeful. And let's say you know, three years from now when the full student body's been through this over time, we might see a shift, right in this moment, we can't expect a miracle,” she said.

CTV News London attempted to speak to the residents at the home, but was unsuccessful.

Homecoming weekend by the numbers

On Tuesday, the London Police Service (LPS) issued a press release illustrating the police response to Homecoming festivities over the weekend.

According to police, an estimated 6,000 to 7,000 people were on Broughdale Avenue and surrounding streets at the height of the “unsanctioned” event, which forced the closure of several roads, including Richmond Street.

Enforcement numbers by London police include: 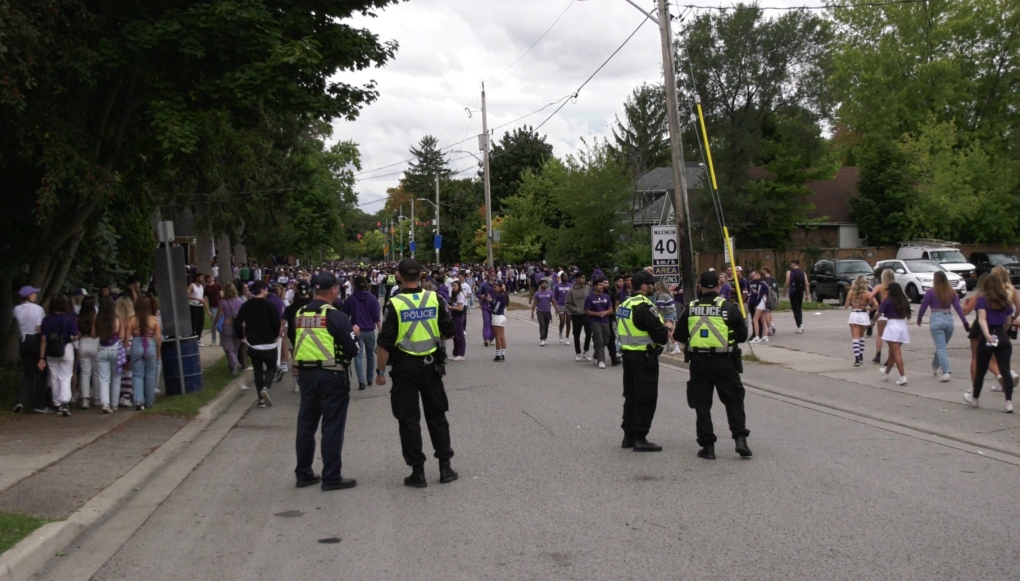 In a statement, LPS Chief Steve Williams said most of the people attending the events during the daytime were “cooperative” with police, fire and paramedic services, but the evening hours “saw behaviour from some individuals that was completely unacceptable.”

Some of the acts included throwing beer cans at others , including LPS officers,  damaging property, and jumping off hydro poles and rooftops, according to the release.

In addition to London police, officers from both the Hamilton Police Service and York Regional Service also assisted during Homecoming weekend. Williams said the final cost of policing Homecoming events will not be known for some time, but said, “we know from past years it will be substantial.”

“It is very fortunate that we did not see a more serious outcome to this event, and I credit the professionalism and expertise of our officers, including those from our out-of-town partner agencies, for stopping this dangerous behaviour before it turned tragic,” said Williams.