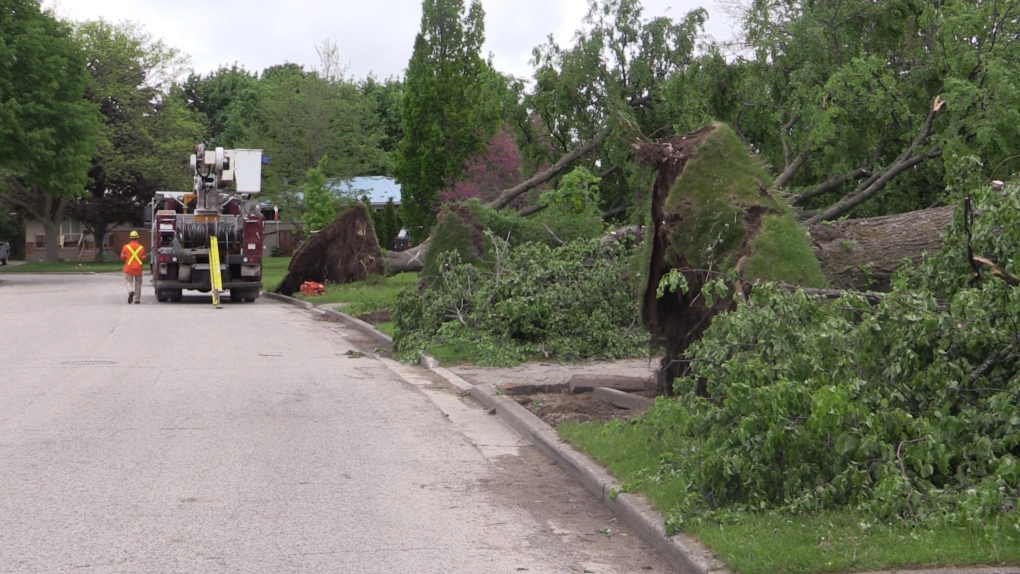 Cleanup is still underway from Saturday’s massive storm that hit Southwestern Ontario, and not everyone in the region has their power restored.

While both London Hydro crews and the City of London, Ont. Forestry department work to clear streets and store power, the Western University Northern Tornadoes Project (NTP) is investigating data from the Derecho which blew through the area.

“A Derecho is a widespread, long-lived, fast-moving windstorm, and this one actually snuck up on us a bit,” says Dave Sills, the executive director of the NTP.

“I was all over the computer models the day before because we were thinking there might be a possibility of a tornado in Eastern Ontario into Quebec. There was nothing about the Derecho coming. It basically started in Chicago, blew through Windsor, blew through London, and all the way to Quebec City.”

The NTP sent teams to Uxbridge and Ottawa because the damage was so intense there compared to the rest of the province. They were expecting probable tornadoes embedded in the leading edge of the Derecho in those cases. 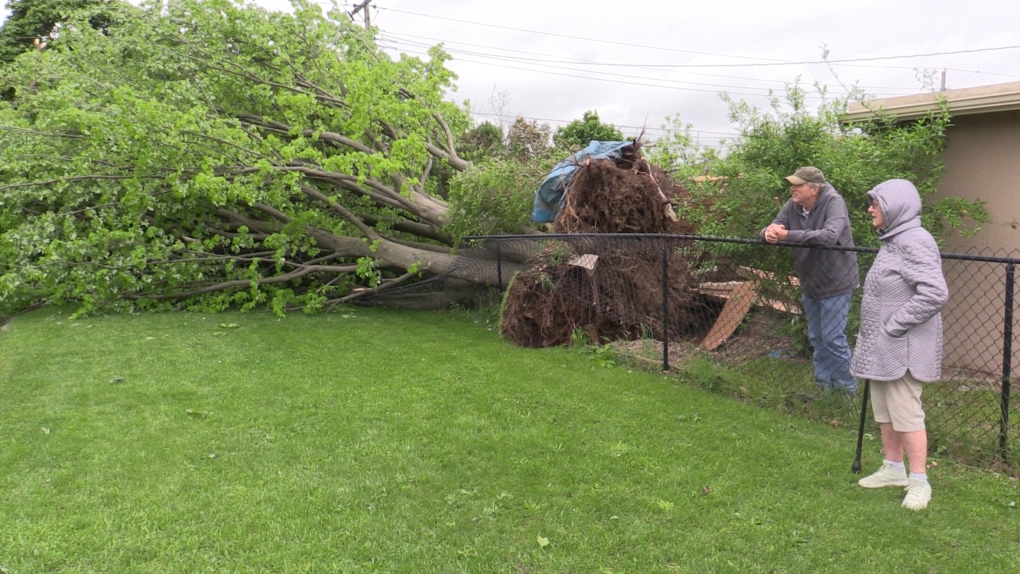 A massive tree took out a fence and ripped up a backyard deck at a home on Mark St. in the east end of London, Ont. near Huron St. residents asses the damage on Sunday, May 22, 2022. (Brent Lale/CTV News London)

Sills knew there was some damage, so he went out Sunday to investigate.

“What I found was mostly consistent with just the straight-line winds with trees down, and some building damage,” says Sills.

“The one area that has a possibility of being a tornado is along Huron and east of Highbury, but I still have to look at the data. It was basically, as a long narrow path of enhanced damage.”

Sills has just started mapping the data he’s collected and isn’t sure exactly how wide or long the path of destruction was in that area.

“It seems like it's about five kilometres long, less than a kilometre wide, but I think it's even narrower than that,” he says.

“You're starting to get into an embedded tornado kind of category. I also am looking at radar right now to see if there was any rotation associated with the storm as it came through. So we kind of put together all these different clues, especially with these more complicated events to see if everything fits together.”

While making his rounds after the storm, Sills discovered a lot of the trees in the forested areas of the city and the older parts of the city are not the healthiest. In the Old East Village area, he says a number of trees were rotted and just came apart. However, in the Huron St. area, most of them looked like healthy trees that were just snapped. 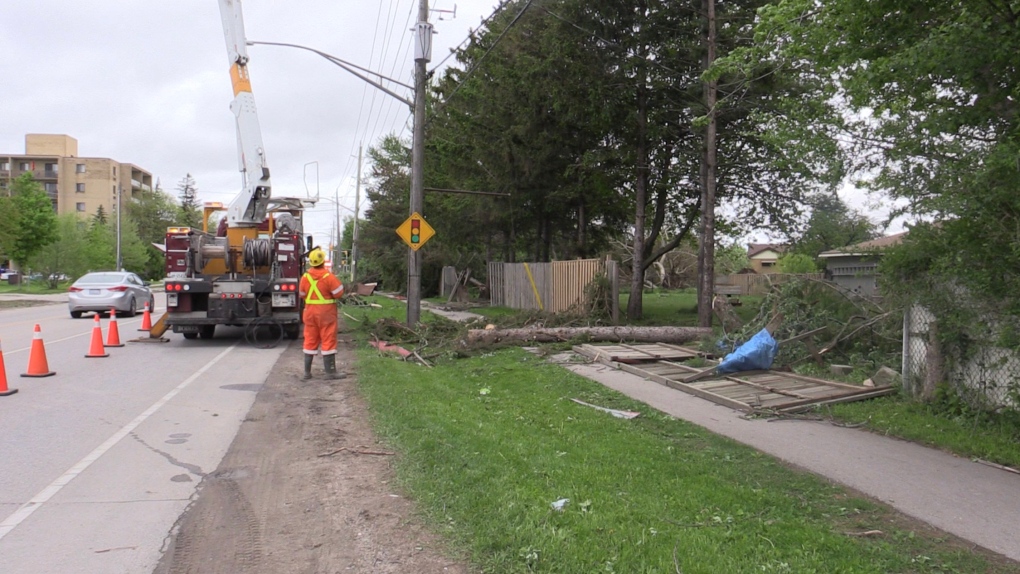 He is hoping to analyze his data soon, but he’s been very busy with interview requests from the Ottawa-area, and even international media.

“The New York Times wanted an interview today, so this is making news internationally, especially with the number of fatalities,” says Sills.

While the cleanup from the great storm continues, Sills doesn’t expect to see another one of these events in the near future.

“Thankfully they are fairly rare in Canada,” says Sills.

“In the US they get them every couple of years, but in Canada, it’s more like every five or 10 years. The last really memorable one for us is back in the 1990s so it's been a while since people have heard the term Derecho and it's and I guess that's a good thing.”

As of noon Monday, London Hydro was reporting 24 outages remaining across the City of London.

'We are patriots': Ukrainians cling to life at front line against Russia

While towns and villages around the capital of Kyiv have begun to rebuild after the Russians withdrew months ago and world powers discuss long-term recovery, others in eastern Ukraine still cannot sleep soundly.

U.K.'s Boris Johnson defiant even as dozens of officials quit

British Prime Minister Boris Johnson has rejected clamors for his resignation from his Cabinet and across the Conservative Party, digging in his heels Thursday even as dozens of officials quit and previously loyal allies urged him to go after yet another scandal engulfed his leadership.