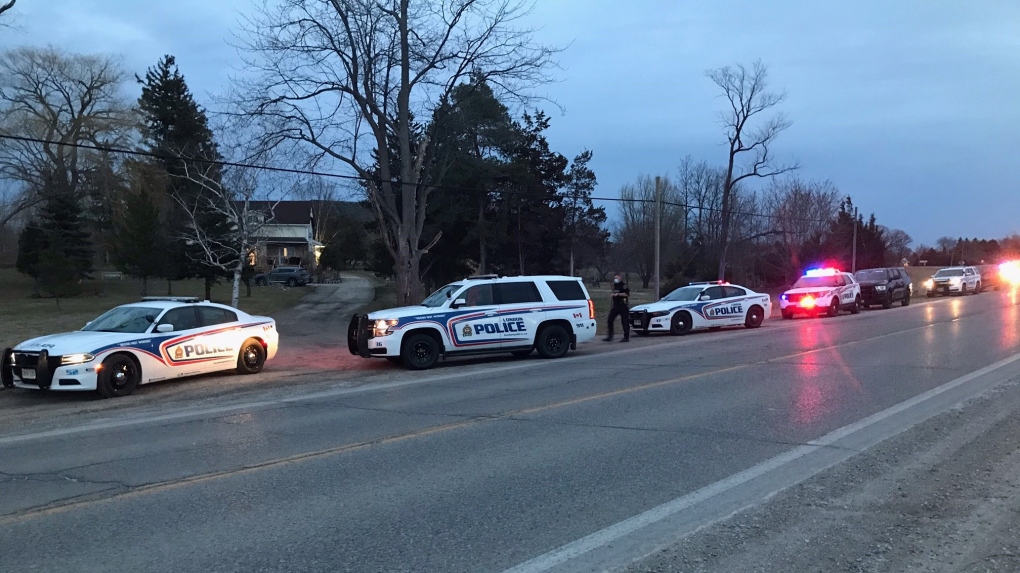 Officers were dispatched just before 6:30 p.m. for a call of possible shots fired.

By standard protocol, a large number of officers attended.

After securing the area, investigators determined there was no evidence of a shooting and no one was hurt.

Longwoods Road, formerly Highway 2, was partially blocked during the incident.

It was re-opened just before officers left the scene around 8:10 p.m.