No suspect found after lengthy apparent stand-off in Point Edward 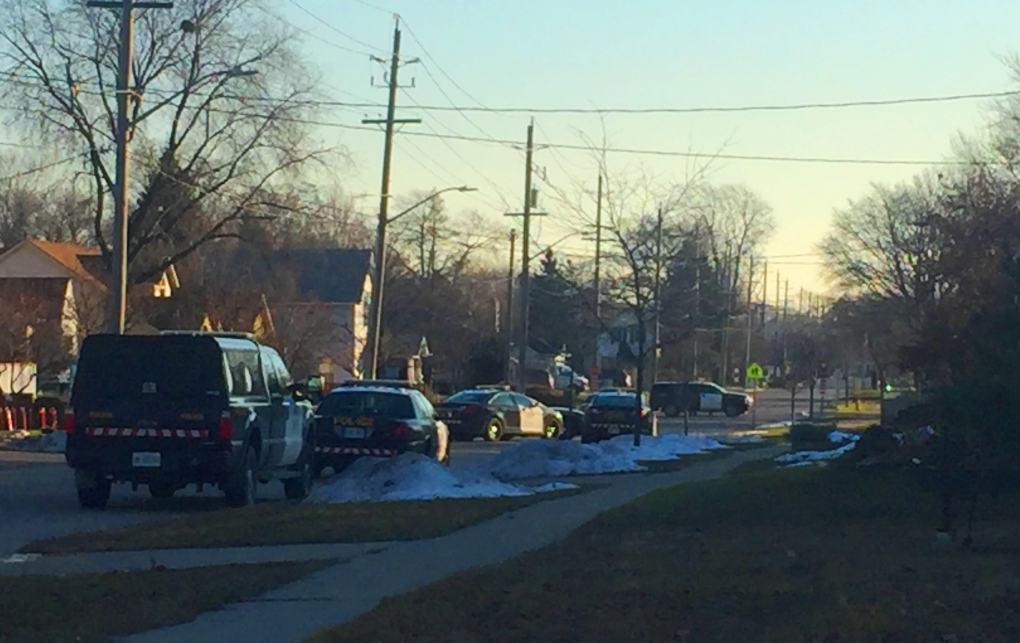 Members of several units from the OPP are surrounding a home on Alexandria Avenue in Point Edward on Sunday, Jan 1, 2017.

OPP in Lambton County have given the all-clear, after a lengthy apparent stand-off at a home in the village of Point Edward near Sarnia.

On Sunday, Jan 1, 2017, the OPP received a request from Sarnia Police to check a residence for a person of interest in relation to an ongoing criminal investigation by Sarnia Police.

Officers from the Lambton OPP arrived at a residence in the 300 block of Alexandra Avenue in Point Edward shortly after 4:30 am. Officers say they attempted to communicate with a person inside the home but that the individual refused to cooperate with police.

The OPP's Tactics and Rescue Unit, Emergency Response Team and canine unit were called to the scene.

Alexandra Avenue between St. Clair Street and Albert Street was closed for about nine and a half hours while police were on scene. Just after 2:30 pm today and after an extensive search, the OPP cleared the area and the road was re-opened.

No one was located at the residence and the investigation has been turned over to Sarnia Police.