No serious injuries after house fire in Port Dover, Ont. 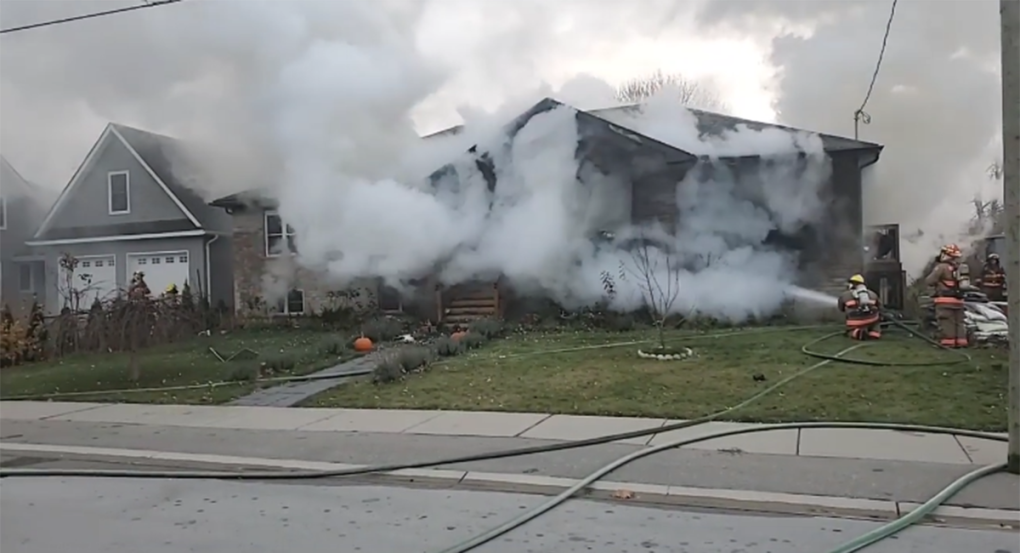 LONDON, ONT. -- Norfolk County OPP and fire crews were dealing with a house fire in Port Dover on Tuesday.

It's not clear how the blaze started at the home on McNab Street West and First Avenue shortly after 4 p.m.

Police say the occupants managed to get out of the home but the structure is a total loss.

OPP Const. Ed Sanchuk says the occupants were being treated by paramedics at the scene, but no serious injuries were reported.

Provincial police were asking residents to stay away from the area and not go around road closure signs.

The investigation continues and the roadway was expected to remain closed for some time.