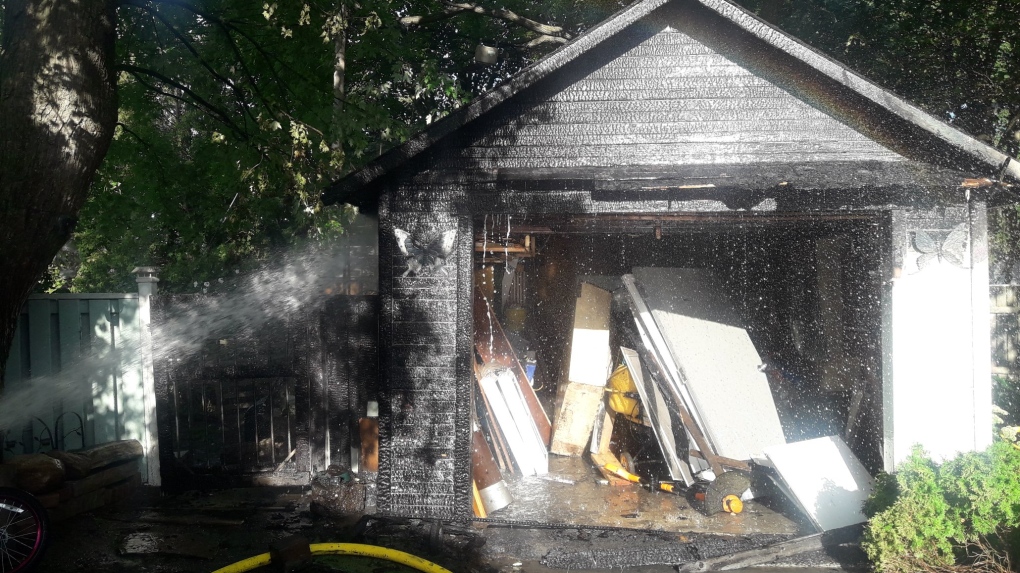 The exterior of a garage in St. Thomas is heavily damaged by fire. (Source: St. Thomas Fire via Twitter)

LONDON, ONT -- St. Thomas firefighters were able to prevent a garage fire from spreading and limited the damage to the exterior of the building Monday evening.

Around 5:40 p.m. crews responded to multiple reports of a garage fire on Manitoba Street.

Once on scene the fire was quickly brought under control to limit its spread.

Fire officials say the damage was limited to the exterior, however a detailed damage estimate has not been released.

It was not immediately clear how the fire began, updates will be provided as they become available.