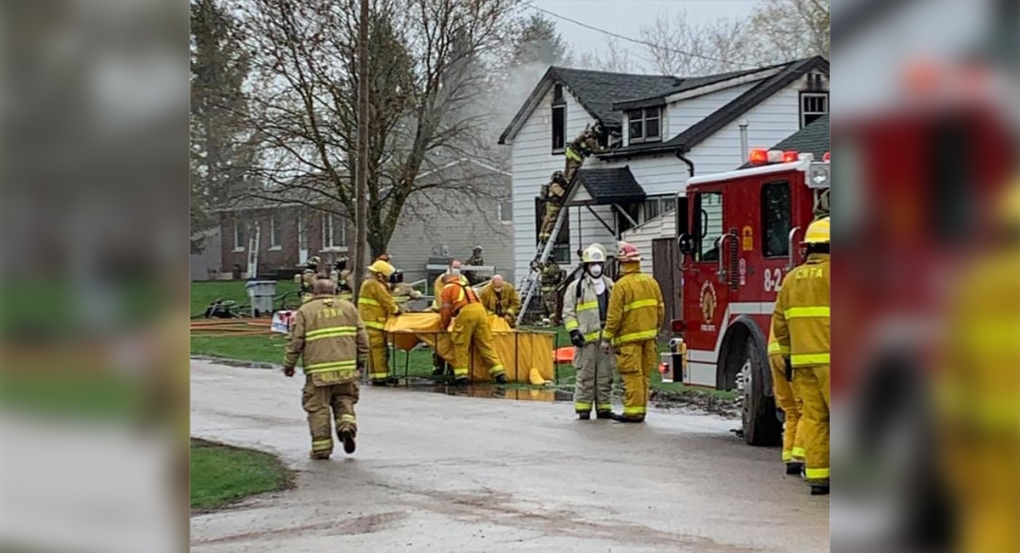 Crews work at the scene of a house fire in Londesborough, Ont. on Friday, April 16, 2021. (Source: Andrea Hulley)

WINGHAM, ONT. -- Fire crews were on scene at a house fire in Huron County for much of the day.

The fire broke out around 9:30 Friday morning in Londesborough, north of Clinton.

When crews arrived the home was fully involved, but crews were able to bring the fire under control.

Neighbours say all the occupants of the home are safe and accounted for. No one was injured.

The home was destroyed.

Fire crews from the Central Huron and North Huron Fire Departments responded to the blaze.

A cause has yet to be identified.