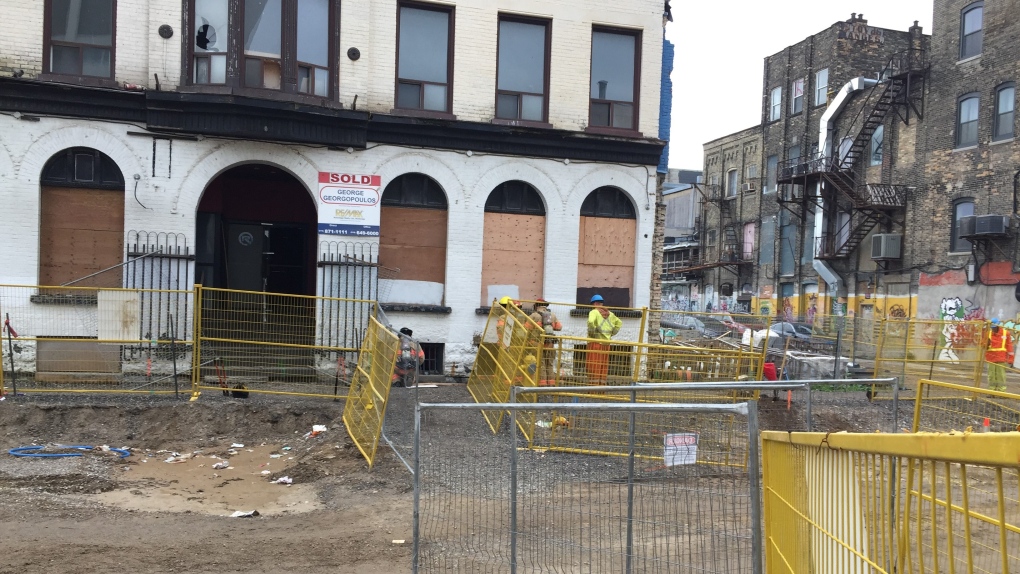 Fire crews responded to a natural gas leak in downtown London after a gas line was apparently struck by construction crews.

Around 9 a.m. Thursday, crews were called to King Street between Clarence Street and Richmond Street.

The area around the leak was blocked off while crews assessed the situation.

A parking lot behind 183 King St. was blocked off after crews found high levels of gas in the vacant building.

Enbridge crews came and shut off the gas and ventilated the building.

The London Fire Department gave the all clear around 11:30 a.m.

The moon glowed red on Sunday night and the early hours of Monday, after a total lunar eclipse that saw the sun, Earth and moon form a straight line in the night sky.

In Montreal, a pioneering clinic in the emerging field of psychedelic-assisted psychotherapy is about to become the first health-care facility in Quebec to legally treat depression with psilocybin.