No injuries after suspicious fire in northeast London 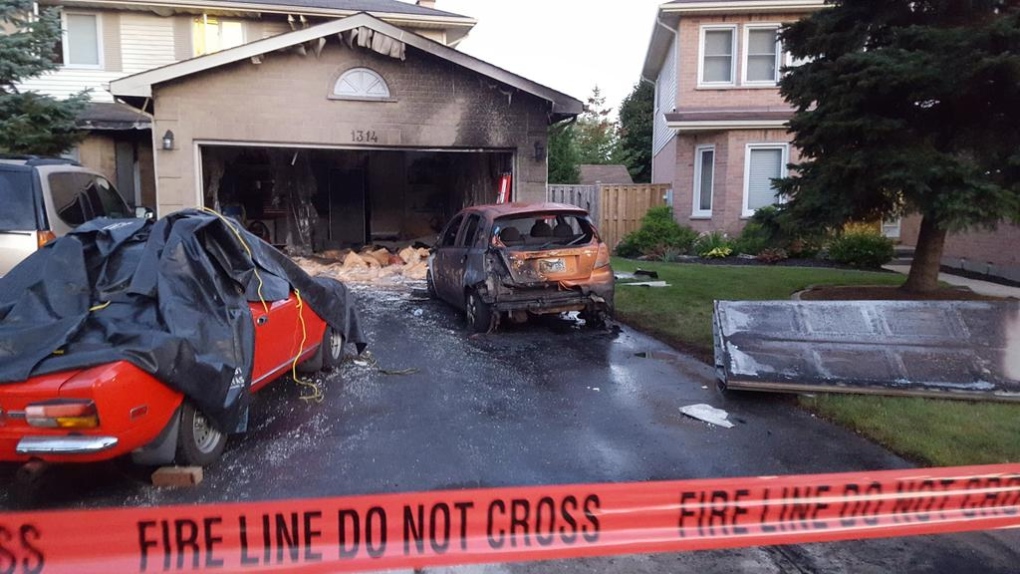 Damage is extensive after an overnight fire on Tuesday, September 15, 2015 on Basswood Rd. in London, Ont, that has been deemed suspicious. (CTV London / Justin Zadorsky)

A London couple was able to safely escape a suspicious fire at the front of their home in northeast London overnight Tuesday.

Fire crews attended the scene at a two-storey home around 2:15 a.m. Tuesday morning on Basswood Road, near Highbury and Huron.

The fire caused extensive damage to three cars in the laneway, as well as to the garage and parts of the house. Officials say working smoke alarms alerted the couple to the fire.

Investigators are treating the fire as suspicious, but have not yet discovered the cause or said if they have any suspects.

The total damages in the fire are around $150,000, and the investigation continues.