No injuries after suspicious fire at London, Ont. highrise apartment 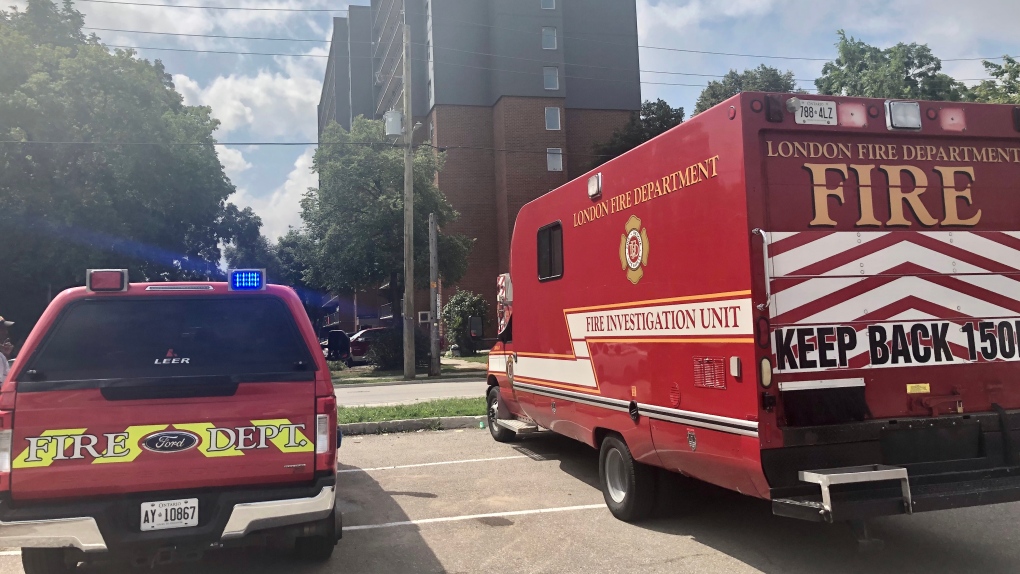 LONDON, ONT. -- No one was hurt after a fire broke out Tuesday morning in a Soho highrise apartment building, but the fire has been deemed suspicious.

Emergency crews were called to 241 Simcoe St. shortly after 10 a.m.

The blaze was contained to just one unit on the eighth floor and was quickly put out.

Investigators are still trying to determine a cause, but say the fire is suspicious and the Ontario Fire Marshal has been called in.

Active incident final update 3: 241 Simcoe Street fire has been deemed suspicious at this time. We are working with our partners @lpsmediaoffice. The Ontario Fire Marshal’s (OFM) office has been notified and an OFM investigator is on route. #ldnont