No injuries after shot fired during west London LCBO robbery 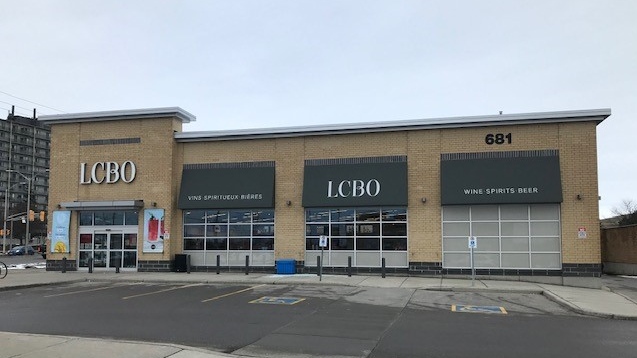 A man fired a rifle while attempting to steal alcohol from an LCBO in west London on Tuesday, Jan. 5, 2021. (Sean Irvine / CTV London)

LONDON, ONT -- No one was injured after a would-be thief fired a rifle inside a west London LCBO while attempting to break a glass case.

A man entered the building and approached a glass display case holding alcohol.

Police say he took out a rifle he had concealed and attempted to break the glass, firing the gun in the process.

He then fled to a vehicle waiting outside the store.

Witnesses provided police with a description of the vehicle who tracked it to the area of Oxford Street and Beaverbrook Avenue.

Two men were arrested without incident and two loaded firearms were seized.

One of the firearms was discovered to have been stolen back in March.

As a result two men from London have been charged with the following offences:

The man who was inside the store is also charged with the following offences:

Both men are expected in court Wednesday.