No injuries after driver slams into west London bank 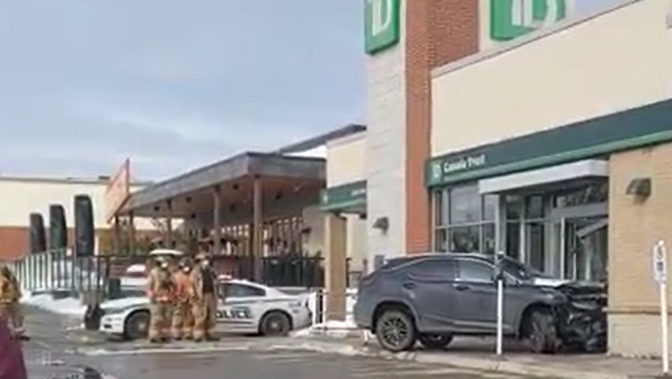 LONDON, ONT. -- No one was hurt after a vehicle partially drove into a west London bank Tuesday afternoon.

Emergency crews were called to the TD Bank at 3030 Colonel Talbot Rd. after a Lexus crossover vehicle slammed into the front doors of the bank.

It's unclear how the crash happened or if there are charges pending.

There is no damage estimate at this time either.