No deaths, but new COVID-19 cases in Middlesex-London, Oxford-Elgin 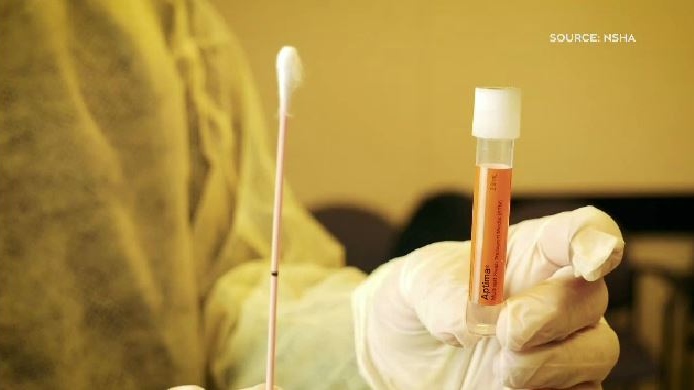 MIDDLESEX COUNTY, ONT. -- For a second day in a row, the Middlesex-London Health Unit is reporting no new COVID-19 deaths, though there were five new cases reported Thursday.

The new cases bring the regional total to 436, including 42 deaths and 284 resolved, 10 more than on Wednesday.

Only one of the new cases is in a long-term care or retirement home, where the total number of cases rose to 134, including 23 deaths.

There was no change in the number of recovered cases or deaths, which stand at 43 and four, respectively.

There were no new deaths reported in Lambton County either, where the total stands at 16, but there was one new case, bringing that total to 193 with 126 recovered, an increase of four in the last 24 hours.

The only change to the COVID-19 numbers in Huron and Perth counties on Thursday was one additional recovery, bringing that total to 35.

This marks the fourth straight day with no new cases or deaths in that region, where the totals stand at 49 cases and five deaths.

As of Wednesday, Grey Bruce Public Health had reported no new cases for two days in a row, with the total holding at 88, including 64 recovered cases and no deaths.

Across Ontario, there were 399 new cases reported Thursday, a third small dip in cases this week.