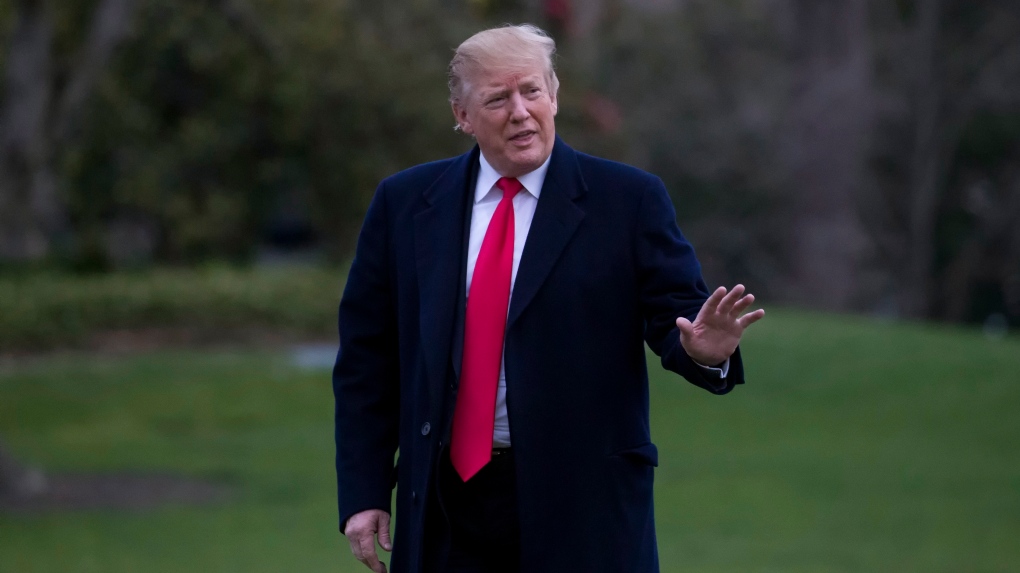 President Donald Trump waves after stepping off Marine One on the South Lawn of the White House, Sunday, March 24, 2019, in Washington. (AP Photo/Alex Brandon)

His conclusion? No collusion.

But the question of whether Trump obstructed justice wasn't so clear cut. In laying out Mueller's findings , Attorney General William Barr said the special counsel didn't weigh in on the question. Instead, Barr ultimately made the call that Trump didn't violate the law, a move that quickly drew criticism from House Democrats who say the president is hardly in the clear.

Some key takeaways from Mueller's findings:

NO COLLUSION BETWEEN THE TRUMP CAMPAIGN AND RUSSIA

Mueller made that clear.

Barr quotes Mueller's confidential report as saying the investigation "did not establish that members of the Trump Campaign conspired or co-ordinated with the Russian government in its election interference activities."

That finding was a win for Trump, who has turned "no collusion" into a daily refrain.

The letter is short on detail, though. And Barr says he will have to consult with Mueller and other Justice Department officials before he can release more of Mueller's confidential report or any other information he gathered during the investigation.

Barr's letter didn't say what Mueller learned that fell short of a crime about a broad range of Trump associates who had Russia-related contacts. It also didn't answer why several of those people lied to federal investigators or Congress during the Russia probe since there wasn't any direct co-ordination going on.

NO SMOKING GUN ON OBSTRUCTION. BUT NO EXONERATION, EITHER

Mueller punted on whether Trump obstructed justice, deciding not to make a judgment "one way or the other."

"While this report does not conclude that the President committed a crime, it also does not exonerate him," Mueller wrote in his report.

Instead, the special counsel laid out the evidence on both sides of the question.

According to Barr, Mueller left unresolved what he viewed as the "'difficult issues' of law and fact concerning whether the President's actions and intent could be viewed as obstruction."

BARR MADE THE CALL ON PROSECUTING OBSTRUCTION

Absent a recommendation from Mueller, Barr said he stepped in.

Barr, who was appointed by Trump, says he and Deputy Attorney General Rod Rosenstein decided there wasn't sufficient evidence to establish that the president obstructed justice.

That conclusion was based on Mueller's investigation, Barr said. It was not a reflection of the Justice Department's view that a sitting president can't be indicted.

Barr said he determined that none of Trump's actions amounted to obstruction and that there was not sufficient evidence to show he acted with a "corrupt intent."

He also noted there wasn't an underlying crime involving Trump.

THE BAR FOR COLLUSION PROSECUTION WAS HIGH

The letter sheds some light on how Mueller approached the collusion question.

In assessing whether Americans committed crimes related to Russia's election interference, Mueller was looking for a specific agreement "tacit or express" between the Trump campaign and the Russian government.

Barr said investigators didn't find that. But his letter does contain a nod to some of the Trump campaign's contacts with Russia, noting that Mueller uncovered "multiple offers from Russian-affiliated individuals to assist the Trump campaign."

Grand jury witnesses have shown that Mueller scrutinized a June 2016 meeting at Trump Tower involving a Russian lawyer. The president's eldest son, Donald Trump Jr., took the meeting even though it was described as a Russian government effort to help his father. Trump Jr. expected the meeting to produce derogatory information on Hillary Clinton.

Court papers also show that Mueller uncovered that a Maltese professor told a Trump campaign foreign policy adviser that the Russians had dirt on Clinton in the form of emails-- a message passed along weeks before it became public that Democratic groups had been hacked. Trump was also trying to cut a business deal in Russia during the campaign, an effort that included his personal lawyer discussing the proposal with a Kremlin official.

But according to Mueller, the Americans involved didn't violate the law.

IS TRUMP OUT OF THE WOODS?

Trump also plays a central role in a separate case in New York, where prosecutors have implicated him in a crime. They say Trump directed his personal lawyer Michael Cohen to arrange illegal hush-money payments as a way to quash potential sex scandals during the campaign. New York prosecutors also are looking into Trump's inaugural fund.

Congressional investigations also are swirling around the president. Democrats have launched a sweeping probe of Trump that threatens to shadow the president through the 2020 election season.

And they're now demanding that Barr turn over Mueller's confidential report and the underlying evidence he gathered so they can draw their own conclusions.

They're also calling for Barr to testify on Capitol Hill.