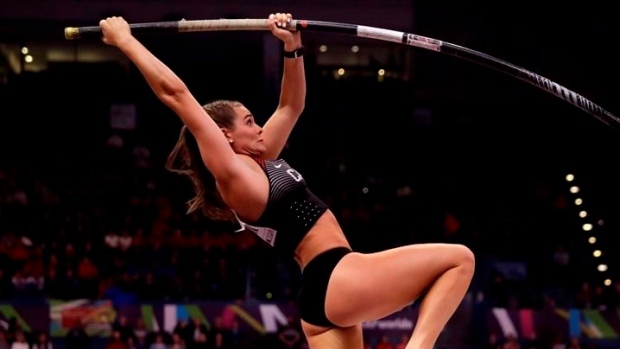 PARIS – London’s Alysha Newman broke her own national record while winning the women's pole vault on Saturday at the Paris Diamond League meet.

The 25-year-old from cleared 4.82 metres, smashing her previous Canadian record of 4.77.

Katerina Stefanidi of Greece was second clearing 4.75 while American Sandi Morris was third, also getting over the bar at 4.75.

Both Stefanidi and Morris are previous world champions.

Newman said after her victory that she had been trying to reach her winning height for two years. "Now I can sit down and relax and plan the next six weeks. It means a lot to do this," she said.

"When you wear your heart on your sleeve in this sport and put so much into it, waking up early and travelling the world all the time, it makes it all worthwhile when it all comes together like this.

"This time last year (following an injury) I was so sad, I was sitting watching all the other girls compete while I was eating donuts so to be back out here is amazing. I'm just really, really excited about what happened today."

Newman broke the record for the third time this year.