A First World War film made over the fields and skies of southwestern Ontario has its premiere this week.

Afterwards, the film moves to 15 other theatres in our region, including the Wolfe Performance Hall in London on Remembrance Day.

‘The Ace and The Scout’ tells the story of two young men who sign up to fight late in the Great War after hearing a recruitment speech by famed Canadian flying ace Billy Bishop.

As the film progresses, the ties between Bishop and another lesser-known Canadian military legend are explored.

Francis Pegahmagabow, an Anishinaabe volunteer sharpshooter, is credited with 378 successful enemy engagements — that is more than five times the 72 aerial victories Bishop recorded. 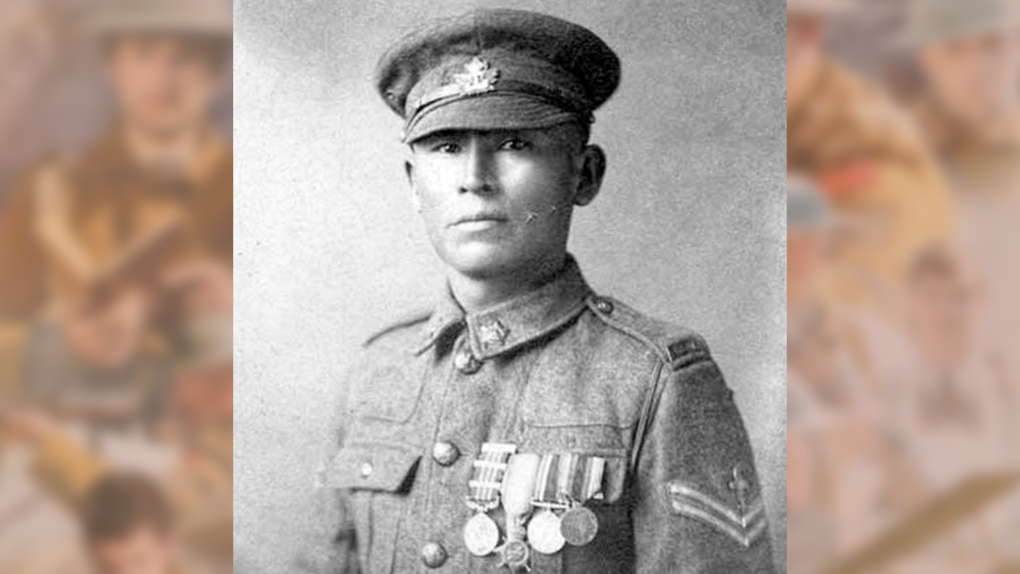 Canadian War Hero and later a First Nations advocate, Francis Pegahmagabow, is seen in this image taken at the end of the First World War. (Source: Wikipedia)
“It was almost larger than life. It was kind of unbelievable that his story had not been told to a broad audience,” said Aaron Huggett, the film's director.

He hopes ‘The Ace and The Scout’ will change the narrative.

Filmed over 17 days during the height of the COVID-19 pandemic, the film features European and southwestern Ontario locations.

Ground warfare screens were captured in Lambton County where Huggett and his team recreated front-line trenches.

“We realized we could build a set and film here. We did just outside of Oil Springs,” he told CTV News.

Other locations include Kent Bridge, Petrolia and the town with a period train station that beat out dozens of others in an online search. 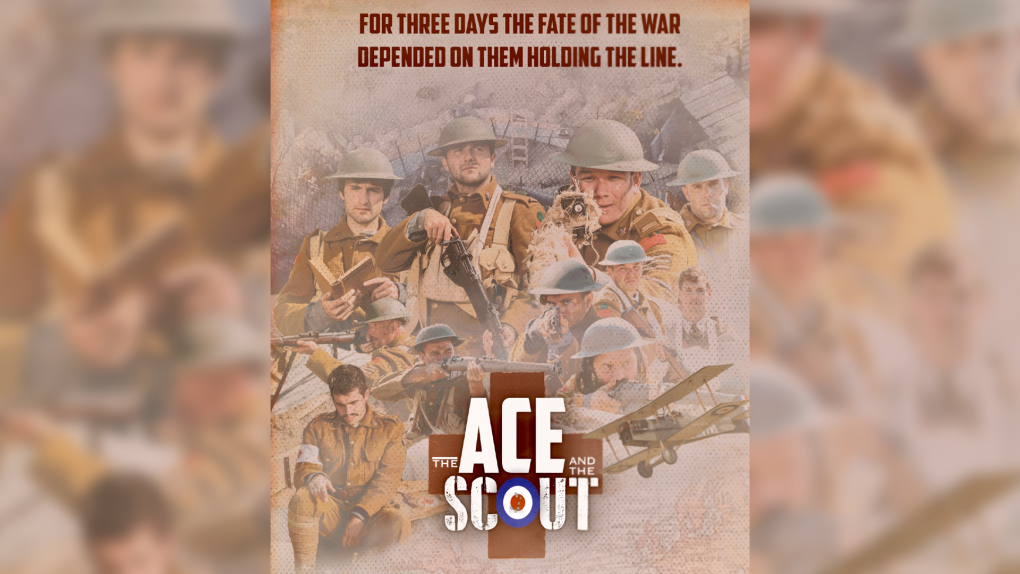 “When we saw the St. Marys train station we knew that was the place for the scene,” said Huggett.

Not to be left out, the film features aerial combat using authentic First World War planes.

Huggett had begun to look at Europe to find the planes. But then he heard about the Great War Flying Museum between Guelph and Brampton.

“We’re able to work with them to film a dogfight scene where Billy Bishop flies an S.E.5. and fights a Fokker, and we actually had an opportunity to film that outside the Guelph area.”

‘The Ace and the Scout’ was screened at two film festivals this past weekend in London, England and California. The picture won several honours, including Best Director for Huggett.