New stamp marks 100th anniversary of the discovery of insulin 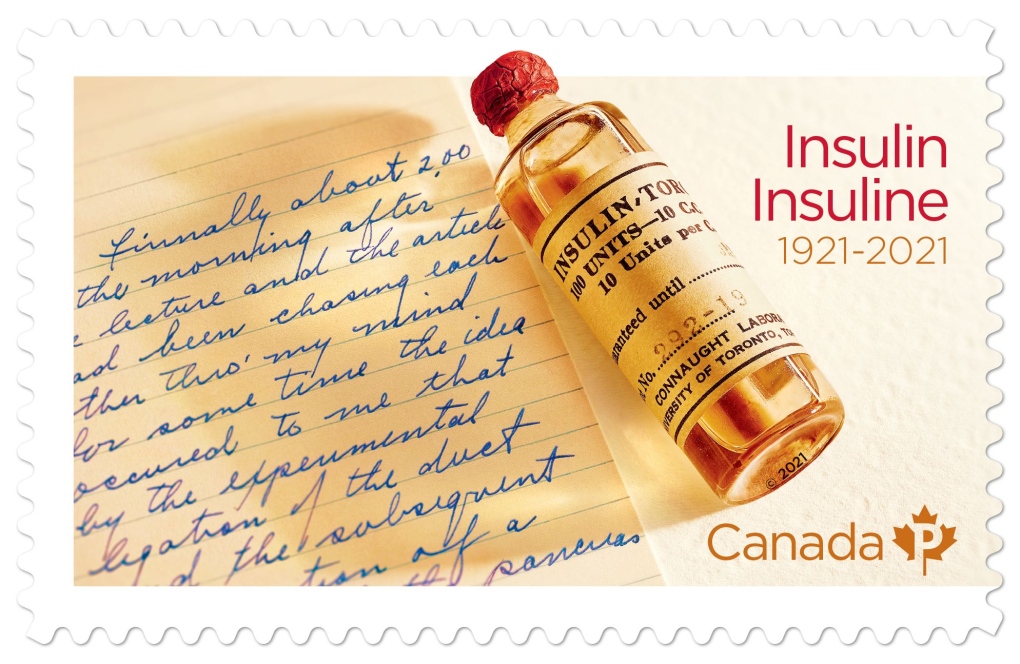 Canada Post stamp marking the 100th anniversary of the discovery of insulin in 1921 by Sir Frederick Banting in London, Ont.

LONDON, ONT. -- Canada Post is celebrating the 100th anniversary of the discovery of insulin with a new stamp.

The life-saving drug was first created in 1921 in a laboratory at the University of Toronto.

However, it was in London, Ont. where Sir Frederick Banting woke up in the middle of the night a year earlier with the idea that led to insulin's discovery.

The house where Dr. Banting had his 'Eureka' moment is located at 442 Adelaide St. North and now serves as the Banting House National Historic Site of Canada.

In the U of T lab in 1921, Dr. Banting worked alongside Charles Best, James Collip and John Macleod.

The group used a pancreatic extract to successfully reduce blood sugar levels in a dog. They refined the extract - now known as insulin - before testing it on humans the following year. It went into mass production in 1922 and has been hailed as a game-changer ever since for diabetics. 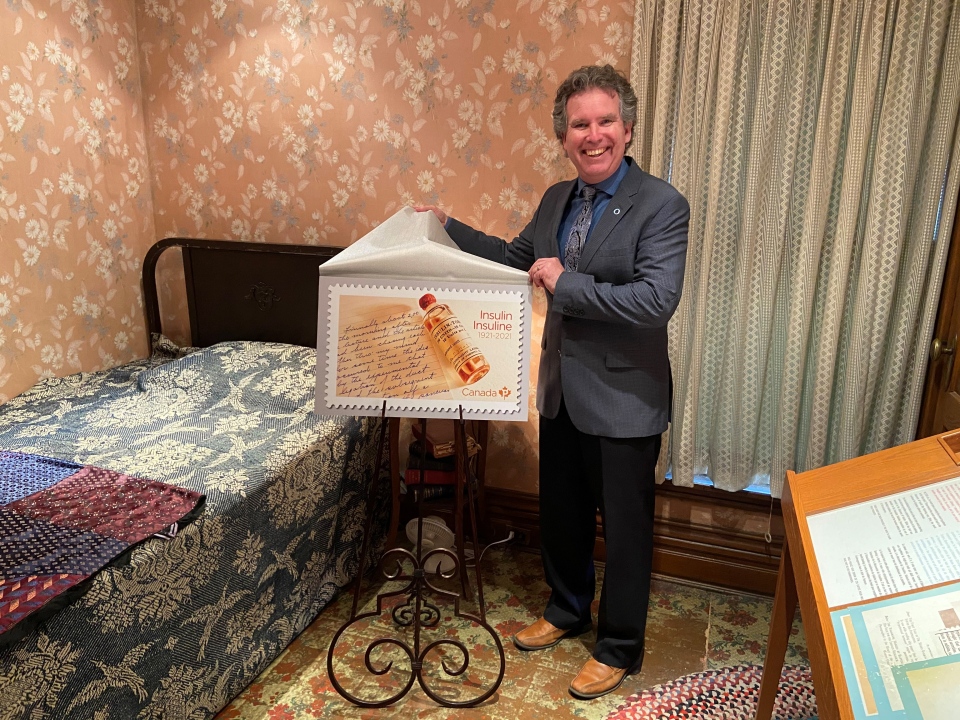 Grant Maltman, curator of the Banting House National Historic Site of Canada in London, Ont. displays the new stamp commemorating the 100th anniversary of the discovery of insulin. (Supplied)

On Wednesday, the stamp was unveiled from London's Banting House National Historic Site of Canada in the very room where Banting had the idea for insulin.

"As stewards of Banting House National Historic Site, we at Diabetes Canada were pleased to assist Canada Post and work with the University of Toronto to commemorate this important milestone in Canadian medical history," said Banting House curator Grant Maltman.

The stamp is designed by Subplot Design Inc. of Vancouver, and features an early insulin vial resting on a page from Dr. Banting’s unpublished memoir, where he reflects back on the very moment he conceived the idea.

"It’s a beautiful stamp that is resonating with Canadians as we commemorate the 100th anniversary of the discovery of insulin, Canada’s gift to the world," added Maltman.

The stamp can be purchased online by clicking here.