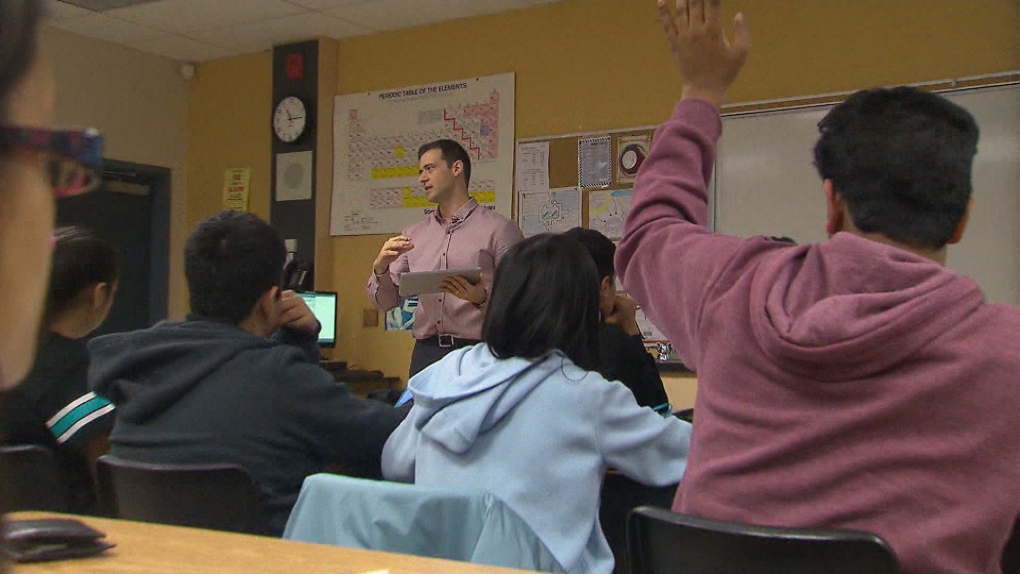 EQAO chief assessment officer Steven Reid said the agency is making the rule changes after consultations with educators and parents in order to better reflect regular assessment environments in classrooms. The goal of the changes is to cut the amount of stress students feel as they take tests -- not to boost scores, which have been steadily dropping in areas like math, he said.

The new rules released Friday say students taking the tests will be able wear headphones and listen to music or white noise.

Students will also be able to access the Internet for some online instructional tools like translators and calculators through online apps.

Reid said only students who wear headphones or use the other instructional tools during regular class time will be able to use them during EQAO testing.

"Students will really be more comfortable, that's what we want," he said. "We want them to walk into the classroom and for it just to be another day."

Reid said teachers will also now be able to leave classroom displays and student work up, removing only material which is "instructional in nature" during testing.

"We really don't want students to come into a classroom where nothing is on the walls or everything is covered up," he said. "That's where we'll have consistency across the province."

Standardized testing results released in August showed that math scores among elementary students in public schools have been decreasing over the last five years, indicating government efforts to reverse the trend have not worked.

Meanwhile, 45 per cent of Grade 9 students enrolled in the applied math course met the standard, while that figure stood at 84 per cent for those in the academic math course. Academic courses focus more on abstract applications of concepts, while applied courses focus on the practical.

Reid said the EQAO will continue to modernize its approach to testing, but will also ensure its assessments are rigorous.

"In the long-term, we're hoping to ... make it an environment that might be a little more fun for students and perhaps a little less stressful," he said.