A consultant’s report projecting London’s population, employment, and housing growth over the upcoming three decades (2021-2051) is going to the Strategic Priorities and Policy Committee meeting on Dec. 6.

“These initiatives include, but are not limited to, budget forecasts, development charges studies and updates, community plans and strategies, servicing needs assessments, economic development initiatives, the municipal comprehensive review of the Official Plan (London Plan) and the associated land needs assessment for the urban growth boundary, as well as mobility master planning,” the report reads. 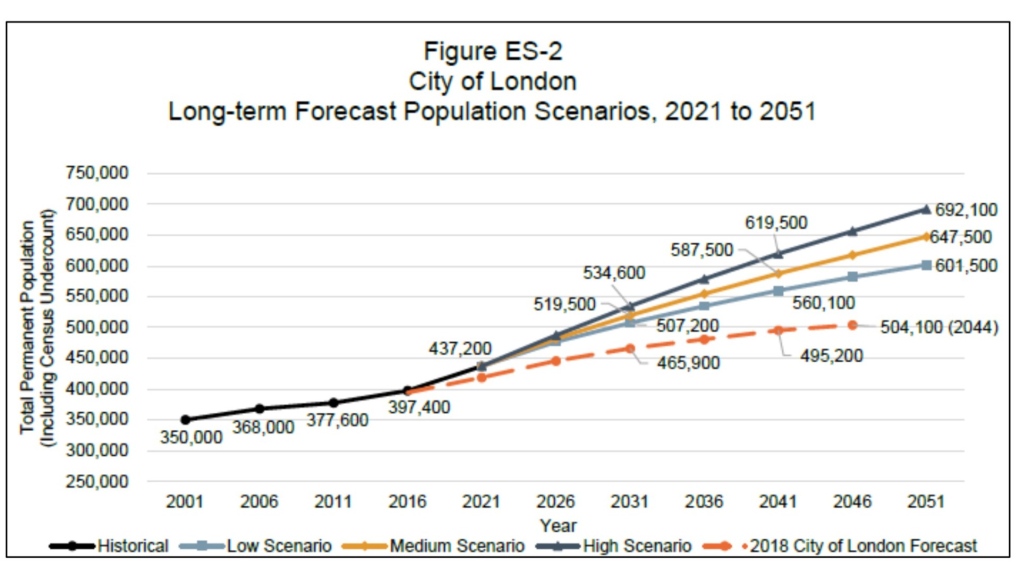 Housing starts will remain strong, with annual average new units estimated at 3,280. That’s higher than the recent historical average of 2,390 per year.

“New housing units are also projected to continue the trend towards medium- and high-density units, with single and semi-detached low-density units projected to account for less than 30 per cent of new starts,” the report added. 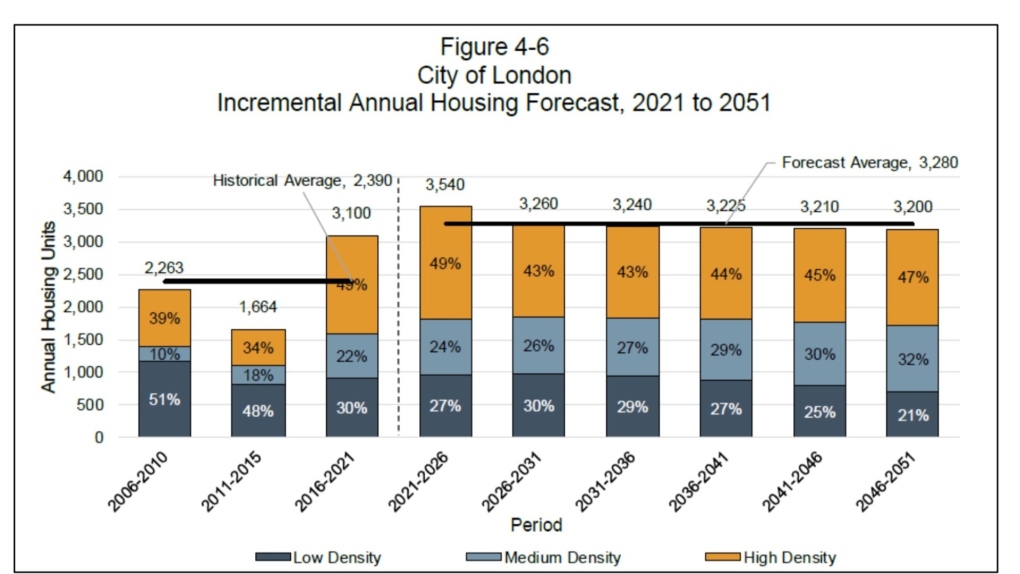 The report also forecasts positive job growth over the next three decades.

“Employment growth is expected to be very strong, with an annual average growth of 1.6 per cent or 4,010 jobs per year to 2051. This is considerably higher than the historical annual growth rate of 0.5 per cent from years 2001 to 2021,” the report reads. 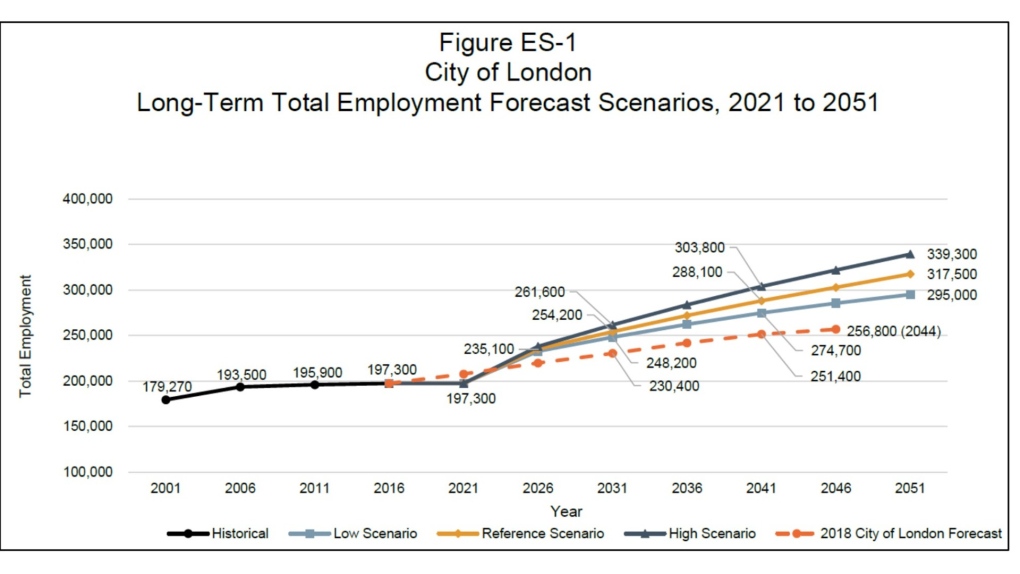