ST. THOMAS, ONT. -- St. Thomas Raceway Park is going back to its roots, as St. Thomas Dragway, and some changes are coming.

"We've decided to bite the bullet, spend the money, and make it back to what it was in its heyday," says owner Paul Spriet.

The future of the Sparta, Ont. track was in question when owner Jay Morse suddenly passed away last year.

The Spriet family, who own Grand Bend Motorplex, helped Morse's wife and daughter finish last season, and then decided to take control of the operation this winter.

Owning the Sparta-based drag strip and its sister operation in Grand Bend, allows them to double up, and control the Southwestern Ontario market.

"It's extremely hard to get zoning to put new racetracks in, so it makes sense to invest in the ones we have," adds Spriet.

Sparta's track is the longest continually running drag way in the country, dating back to 1962. However, it is showing its age and is in need of serious upgrades.

"We'll re-pave the quarter mile and grind the finish line from the top end to make it smooth," says Spriet. "We'll put in concrete guard walls, a new public address system, timing system and fix the washrooms to bring everything up to the modern spec." 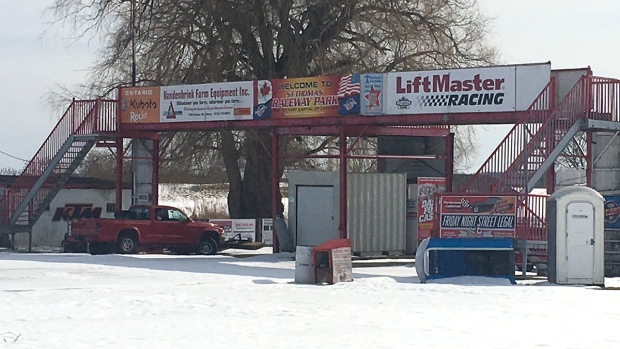 Racer Paul Noakes has been running at the famed drag way for over two decades.

These days he spends a lot of weekends there coaching his daughter who is in the junior dragster program. He says there is a lot of wear and tear on the nearly 60-year-old facility.

"It does need asphalt and guardrails," says Noakes. "But everyone loves the facility. The family atmosphere, the attitude of the people, the trees...there is so many great things - including the beach down the road. I'm glad to see it staying a drag strip."

Spriet's son Jarrett Spriet will be running the St. Thomas operation. Owning two of the three major drag ways in the province - Toronto Motorsports Park is the third - will allow them to balance their schedule with Grand Bend to avoid competition with each other.

"Grand Bend is bracket race and big show, while the strength of St. Thomas is their mom and pop, family-oriented racing and big Friday night street program,” says Spriet. “The two will marry each other quiet well."

The next step in the revitalization is seeking help from the public to offset the renovation costs.

They will be asking racers, fans and local businesses to purchase large sections of the new guard wall as part of the refurbishment.