LONDON, ONT. -- It’s been a unique journey for Irma Joeveer and Michelle Debus. After spending decades in the IT sector they decided they needed a change and switched gears in a big way.

They partnered with Archie Leach and his daughter Martha to open Paradigm Spirits Co. in London’s Old East Village.

“We started with a dream, and we built a business plan,” says Joeveer. “We had no idea we were going to make changes as big as the one we made, but here we are three years later in our brand new facility.”

Debus says they first took a course in Vancouver, “After that we went down to Kentucky, bourbon culture down there caught our eye and caught our taste buds and this is where we've ended up.”

Housed at 100 Kellogg Lane the spot is becoming more and more popular.

“We're blessed to be able to be in this location, the entire Old East Village here has been so supportive,” says Debus. 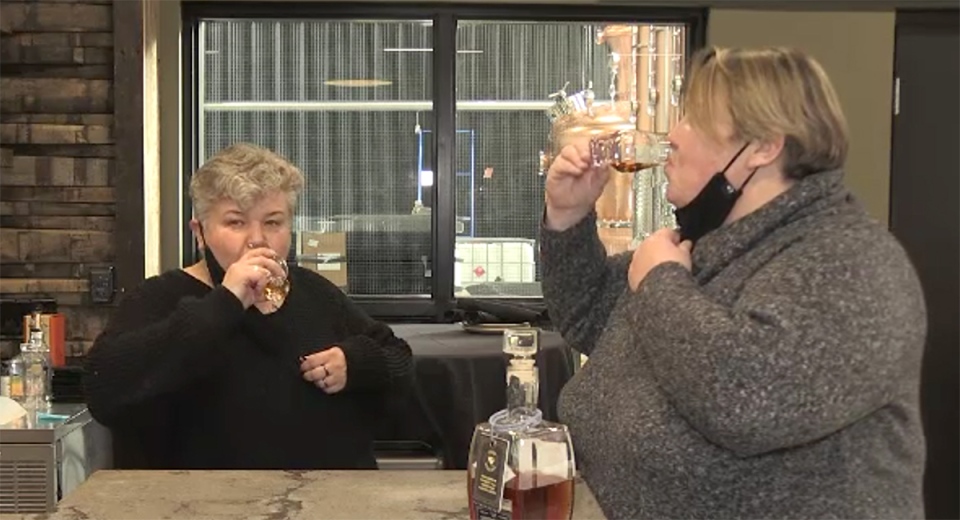 To start they produce three spirits; a four-grain whiskey, a vodka and a very limited edition whiskey.

“Our Heritage Collection series with 2,500 bottles is a 19-year-old single-grain cask-strength whiskey, it’s perfect for any whiskey lover to enjoy,’ says Joeveer.

Besides producing whiskey, Paradigm also offers a full restaurant along with cocktail classes and spirit tastings.

Joeveer adds, “We want to see Paradigm become one of Canada's most renowned whiskey distilleries.”