New legislation would give municipalities power to reject proposed mega-dump 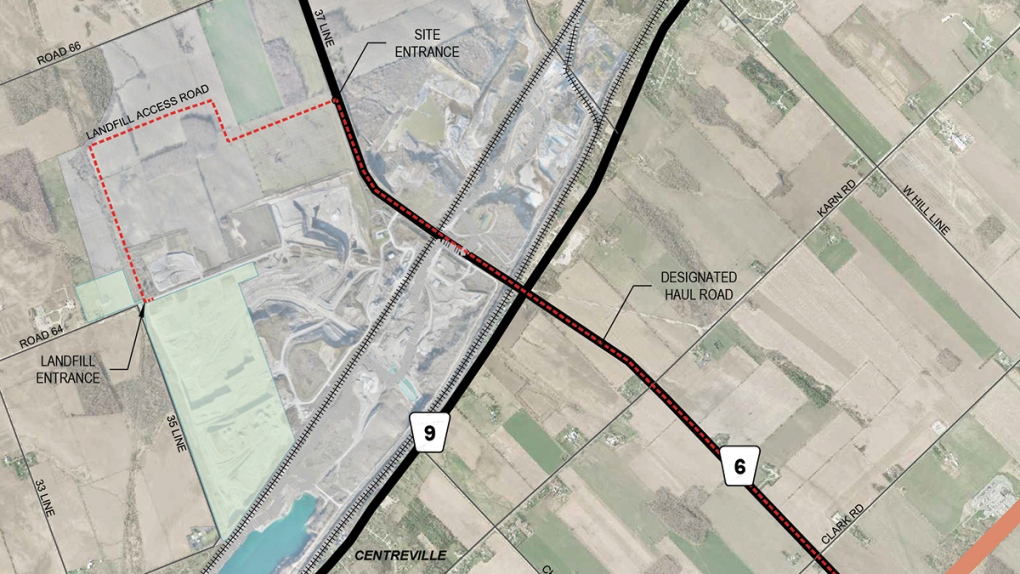 The area highlighted in green on the map shows the landfill in Zorra Township, Ont. proposed by Walker Environmental.

LONDON, ONT -- Ingersoll was celebrating a major victory to stop a proposed mega-dump as new legislation would give municipalities the right to approve new landfill projects.

"Number one we don't need landfills, we need to take care of our waste in other ways. And number two, that you must ask the municipalities whether they want it on your doorstep or not,” said Mayor Ted Comiskey.

The new legislation states municipalities, within 3.5 km of a proposed dump have the right to approve or reject it.

Without approval the provincial government would not go ahead with the landfill.

it's a major victory for the town and its neighbouring municipalities including Zorra, where the former limestone quarry is located.

However, the mayor admits there is caution as the bill is only past first reading.

With the support of the Doug Ford’s PC’s and the opposition NDP it’s likely to succeed as early as late summer.

The mayor says the new legislation is the way it should have been for municipalities in the first place.

“We deserve that right. There is no way that another municipality should be dumping 18-million tons of their waste, on another, without asking them.”