LONDON, ONT. -- After more than two years of consultation and preparation, the City of St. Thomas, Ont. is ready to rollout it's new transit system.

With funding help from both the federal and provincial government the city which is becoming more modern, will now receive an upgrade to the 150-year-old transit service.

In addition to the expanded schedule there will be new stops, shelters, and passenger amenities. The transit hubs at the Smart Centres and Elgin Centre locations will also be upgraded with larger shelters and seating areas. 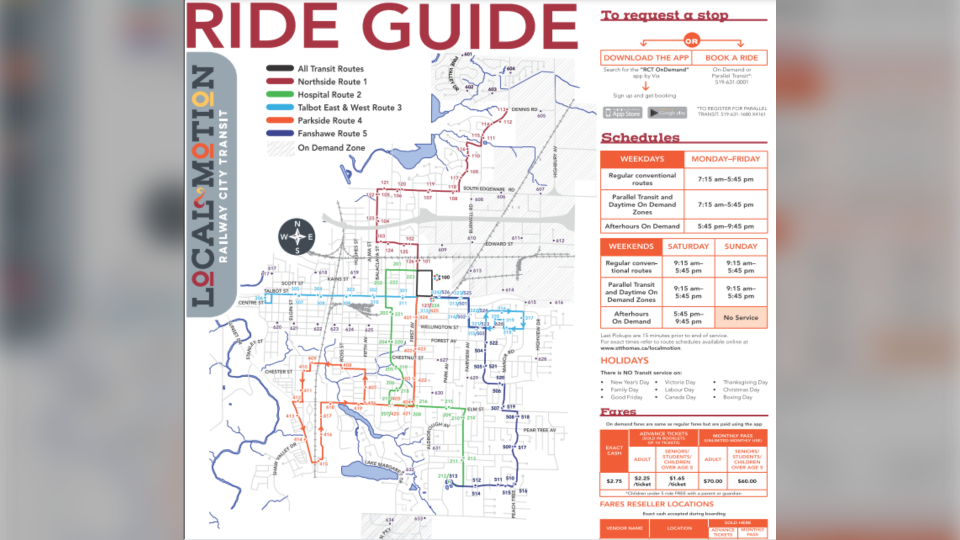 However not all riders are convinced the upgrades and changes are positive.

That includes going from limited seats which are physically distanced to full density Monday.

"I'm not getting on bus on Monday, if they open up all the seats," says Neal Fleming who was waiting to board his bus.

"Cases are going up and even if it's more expensive I'll take a taxi,” he says.

"I didn't know they were going to be upping the passengers, as it is now you are sitting close," says Carter.

Preston addressed those concerns saying the Ontario guidelines for transit don't have a cap on density and many transit systems didn't even shrink their number of riders per bus during the past year.

"Right now many of our buses are not full anyway," says Preston.

"We want them to be full, but we don't expect that to happen overnight Monday even with free fares. We've added safety for drivers as they are well contained in a plexi-glass shield. We have found that masked people on buses will separate themselves until it's full. The bus, if its full, will go onto next stop anyway".

A driver who wished to remain anonymous told CTV News that five drivers quit Friday because of schedule conflict changes, as well as concerns over COVID-19 safety.

Another concern for some riders is the relocation of bus stops.

"There was one stop right across from our building, and now we have to walk two bus stops with our groceries," says Zoe Leandro.

"Our daughter is on the 5A stop and she has no bus now.”

Bern Seifort lives in supportive housing and no longer has a stop at his place.

"The bus isn't going down Chestnut anymore and the stop at the Seniors Centre," says Seifort.

Preston says a compromise in getting to daily service and later hours is the changing of some routes.

"If the bus used to be out in front of your house and it isn't now, I recognize that's a difference now," says Preston.

"But if it’s in front of your house now, you are pleased. Part of the system is to use an app or your phone to call a bus to you, and to the nearest stop to you so there will be that convenience to you.” 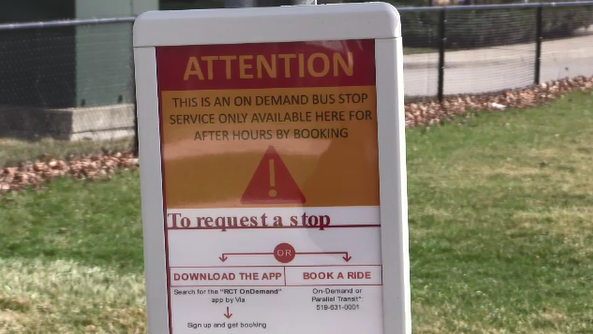 Preston says this is a pilot test, and there will be a review to see if any changes are necessary within the next six months.

He recognizes that not everyone loves change, but says St. Thomas has been underserviced in the form of transit for too long.

The new routes, hours, and rates are available here.