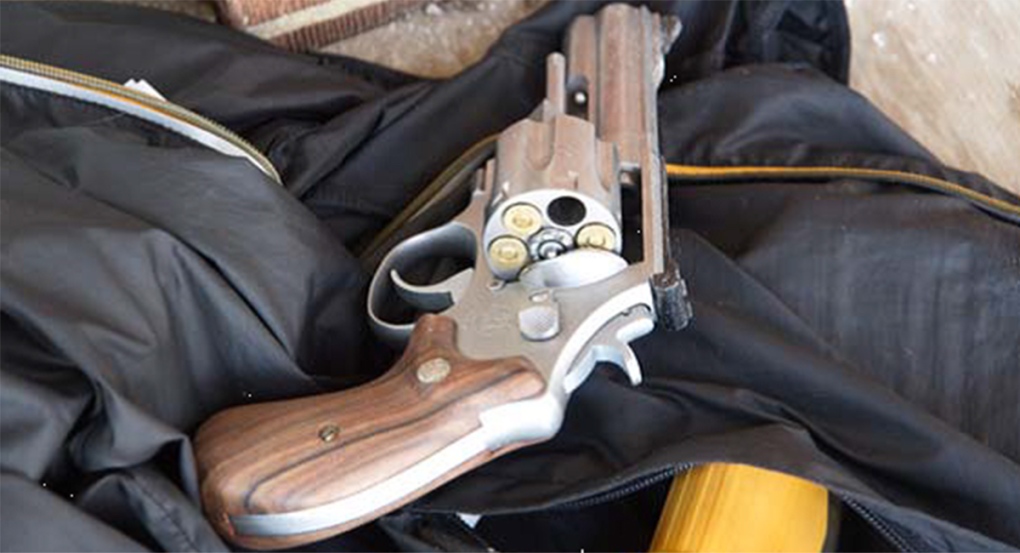 A firearm seized by police in London, Ont. on Thursday, Nov. 19, 2020 is seen in this image released by the London Police Service.

On Wednesday, police searched a residence on Singleton Avenue, seizing over $98,000 in drugs and cash and jointly charging two people with 11 drug trafficking counts.

On Nov. 19, officers were called to the 300 block of Burlington Crescent after a black jacket was found that reportedly contained:

Video surveillance from a convenience store in the area where the jacket was found allegedly shows a male suspect pointing a gun at someone.

Police say they were able to use the video to identify the suspect and link the property to him.

As a result, the 39-year-old London man is now facing additional counts including five firearms charges, possession of property obtained by crime under $5,000, drug possession and possession for the purpose of trafficking.