Nesting site for rare type of duck found in London 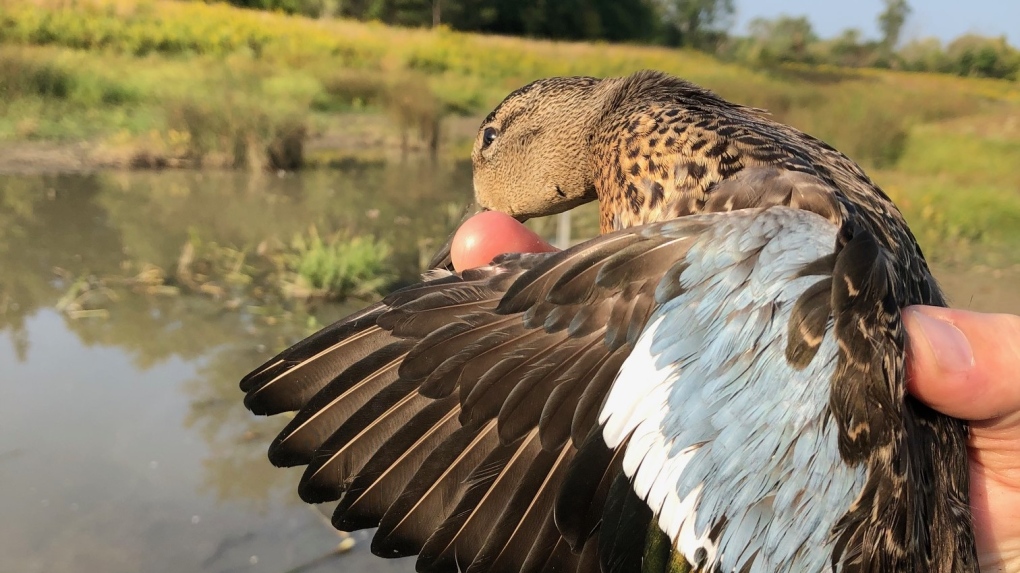 LONDON, ONT -- A family of rare ducks has been discovered in the Dingman Creek Erosion Control Facility which was designed to act as a natural wetland.

The family of Blue-Winged Teal ducks is now calling the area home, which is encouraging due to their declining numbers in southwestern Ontario.

One of the goals of the wetland design is to emulate a natural, self-regulating water system requiring minimal maintenance, according to the City of London.

“The fact that a successful brood was just raised at the Dingman site is very encouraging, and speaks to the quality of the habitat established at the Dingman Creek Erosion Control Facility,” said Denby Sadler, Wildlife Biologist with the Canadian Wildlife Service in a release.