Neighbours win latest round against highrise plan next to Victoria Park 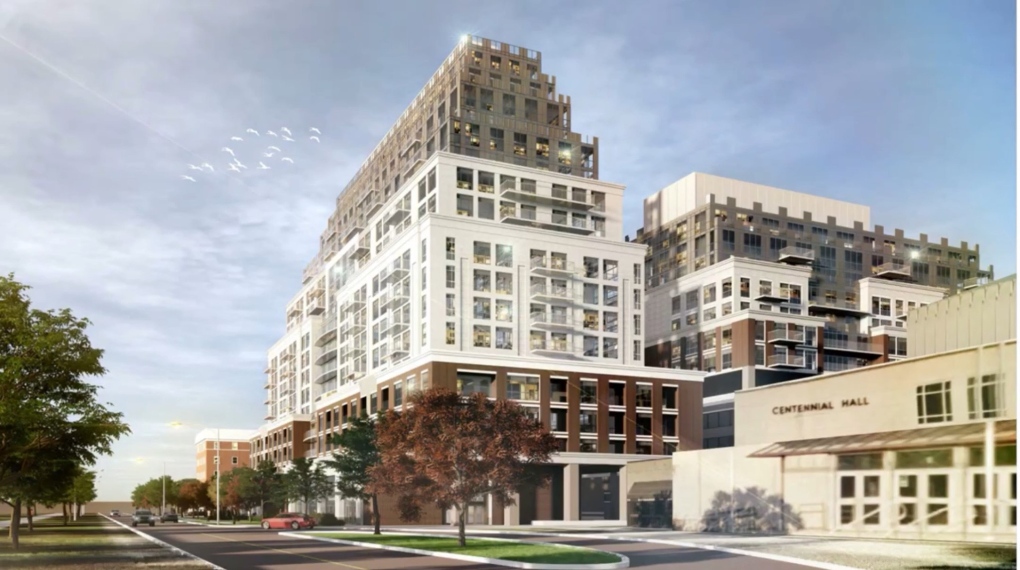 On Monday night, a 5-1 decision saw the majority of the committee recommend against granting a heritage alteration permit for the development at 556 Wellington St., the parking lot next to Centennial Hall.

Only Mayor Ed Holder supported the request for a permit.

A complex overlapping of inconsistent planning rules on the site has already resulted in several revisions to the development proposal.

The current design fits within the existing zoning on the property, but several delegations successfully argued that it is not compatible with the West Woodfield Heritage Conservation District (WW-HCD).

The city’s heritage planner, however, wrote in a recent report, “Although the development proposal meets zoning requirements, The resultant massing, scale, and form that comes from maximizing site coverage and volume, is entirely at odds with the character of WW-HCD and adjacency to Victoria Park.”

A heritage alteration permit is required before municipal staff can issue a building permit.

Since 2018, city hall has been developing the Victoria Park Secondary Plan to establish expectations and limits for all of the properties facing the park.

So far, Council has not seen a version of the secondary plan that it is willing to approve.

City council will weigh in on the Planning and Environment Committee’s recommendation on Sept. 29.

The developer has the option to appeal the decision to the Local Planning Appeal Tribunal (LPAT).