LONDON, ONT. -- Shirly Roberts goes to bed every night wondering what will happen next.

Over the weekend, suspected squatters broke into an unoccupied rear apartment at her Queens Avenue address and ripped out the copper plumbing in the basement leaving her with no water for four days.

“As I got up and I said to the guy whoever is there, it's 2 o'clock stop the noise,” said Roberts. “I tell them, don't set the house on fire.”

Now neighbours are rallying to help out the senior who is on an old age pension and has no phone and limited resources.

“She's a senior and she's alone but she should not have to be afraid to go to sleep for fear that someone's going to break into her house,” says Sunday-June Charity. “When we came back here, there was actually a gazebo or some sort of a tent, mattresses and they even made a little fire pit in the backyard, these are people that are consistently coming.” 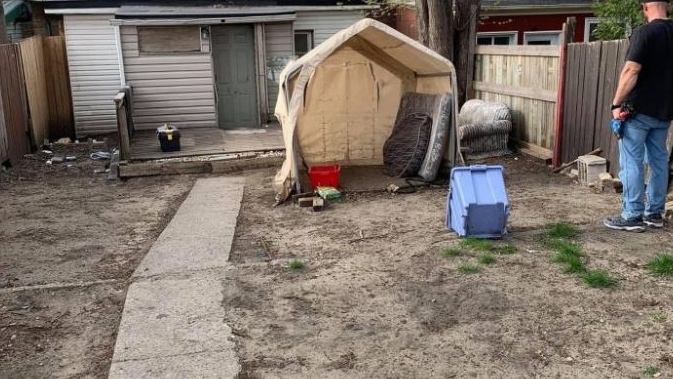 Neighbour Becky Westaway also lives nearby. “It's very scary like I've come outside and found needles also empty pill bottles and foil so you know you can tell what they were doing,” says Westaway.

We’ve reached out to the landlord who says she’s frustrated because they have chased people away several times but they keep coming back. London Police are also looking into the matter.

In the meantime, neighbours have set up a GoFundMe page to help out Shirly who lives with no bed and very little furniture.