Neighbours blindsided by City’s plan for a winter homeless shelter 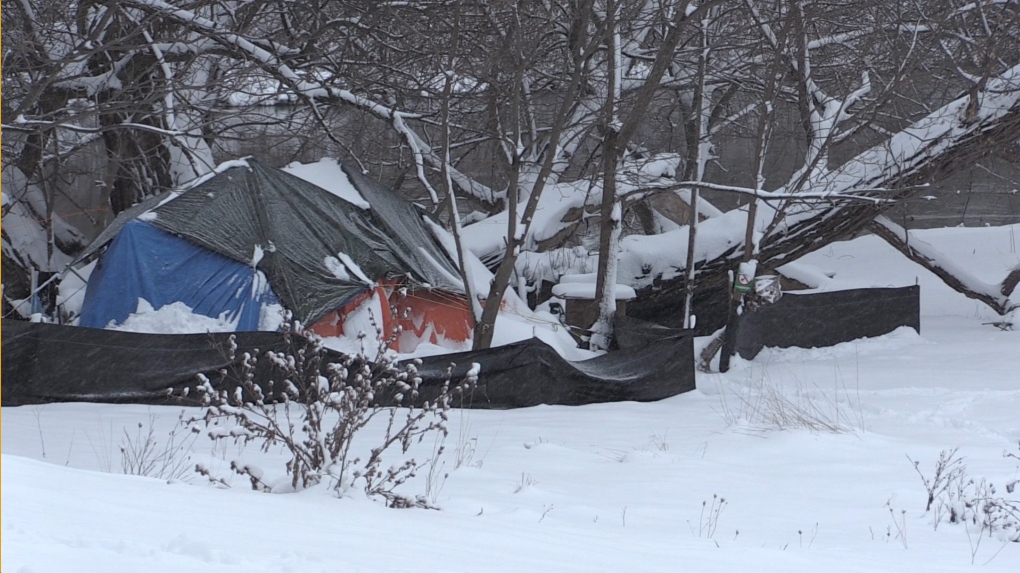 Tents along the river bank in London, Ont.

LONDON, ONT -- Residents say they were left in the dark about City Hall’s plan to build a temporary overnight homeless shelter in their east London neighbourhood.

The plan includes the creation of a 30-bed overnight shelter in the parking lot of the T-Block Building on Elizabeth Street.

Neighbour Harri Mattila says the location is wedged between McMahen Park, the Barracks Skatepark, and the entrance to one of London’s COVID-19 testing centres.

“I really don’t see this as being a very practical location at all,” explains Mattila. “Putting a very needed centre next to a recreational area and the COVID centre, a place where we already have a high amount of traffic and accidents.”

Michael Switzer says he and other neighbours should have been consulted before the plan was discussed by a council committee on Tuesday.

Questions and concerns could have been addressed proactively.

“The neighbourhood cares about (homeless) people, I think they just feel a lack of consultation,” says Switzer.

“Is this a perfect plan? No. Is this a long term solution? No,” admitted Councillor Shawn Lewis during the Community and Protective Services Committee meeting.

Lewis says he and his colleagues have received numerous questions and concerns from surprised neighbours.

Civic administration assured the committee that safety and security are priorities.

“Anything we create comes with appropriate safety lighting, it will have 24-hour staffing, and overnight security patrols,” explained Kevin Dickins, Acting Managing Director of Housing, Social Services, and Dearness Home.

But several neighbours are questioning if the development of plans for the winter shelter program began too late in the year.

They point to the lack of public consultation, and the timeline to opens the shelters in late-December, well after the arrival of winter weather.

“Winter is approaching every November in Canada, and I’m kind of shocked they wouldn’t have done something sooner,” adds Switzer.

The urgency to create shelter space is mounting.

Councillor Jesse Helmer represents the neighbourhood near the T-Block Building, “Would I have liked to have had a bit more notice to tell people about it? Sure. But it’s still urgent, we have to act now, the problem isn’t going away.”

City council will make a final decision about the Winter Response Plan next week.