Meggie Cywink can’t help but believe someone out there knows something that could help solve her sister’s murder.

“To live without my sister for 28 years is heartbreaking,” she said Thursday. “It is very hurtful. She should have been a grandmother by now, she could have been a mother, and we miss her dearly.”

Cywink was joined at a news conference by retired OPP Sgt. Chris Gheysen, and retired OPP deputy commissioner John Carter. They were two of the investigators who originally worked on the homicide of Sonya Cywink.

Sonya was 31 years old and 24 weeks pregnant when she was killed. She was last seen alive at Dundas and Lyle streets in London on Aug. 26, 1994.

Her body would be found four days later at Southwold Earthworks National Historic Site in Elgin County, the site of the Thursday news conference.

“It just makes sense too, over time some people might be less fearful of retaliation, and more open to talk about what they know,” remarked Gheysen. 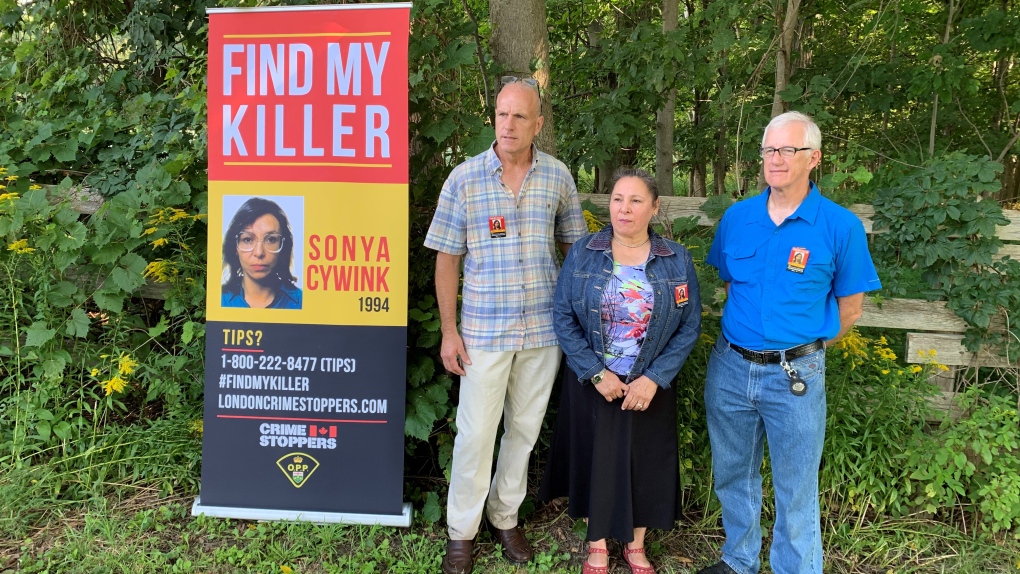 They put out a call for any information they could get from the public that might be helpful. Some new information did come forward that they believe to be relevant, which has been shared with the OPP.

They’re hoping renewing the call could result in new breaks in the case.

“I hate to call them cold cases, I like to call them long cases because they’re never cold,” said Carter. “But, advances in technology, one person coming forward can make a difference,” he added.

The OPP is offering a $50,000 reward for information leading to the discovery of the killer. The family is offering an additional $10,000.

Anyone with information is asked to contact Crimestoppers at (800) 222-TIPS (8477), or reach out to Meggie directly at cywinkmm@outlook.com

In the meantime, a ‘FIND MY KILLER’ billboard with Sonya’s image has been erected at Dundas Street and Nightingale Avenue, while a second one will go up at another location next month.

Help will arrive at the children's hospital in Ottawa next week as it continues to see "unprecedented volumes" of young patients suffering from respiratory viruses. A team of staff from the Red Cross will begin working at the hospital in the next week.

Peel police are searching for a murder suspect who was last seen running away from a Mississauga gas station.